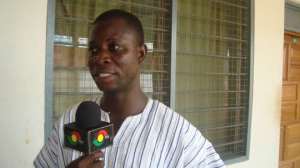 The Northern Patriots in Research and Advocacy (NORPRA) has blamed the Ministry of Lands and Natural Resources and the Minerals Commission for the deaths of 16 persons recorded at Gbene, a mining community in the Talensi District of the Upper East Region.

‘It is important to point out that the lives of these young people and other souls that perished before them in similar incidents in the past could have been saved if our policy makers and state institutions such as the Ministry of Lands and Natural Resources and Minerals Commission, particularly, its inspectorate Division were effective, efficient and responsive to the execution of their official mandate.’

Mr Bismark Adongo Ayorogo, the Executive Director of NORPRA who said this at a news conference in Bolgatanga, added that the Ministry and the Commission were ‘fully aware’ of a serious conflict between one Kwesi Bantama and Yenyeya Mining Group, but had over the years ‘failed woefully’ to resolve the issue which is the reason for the loss of the 16 lives in the recent mine explosion in the area.

According to Mr Ayorogo, NORPRA could ‘authoritatively state with factual accuracies’ that it sighted official documents indicating that one of the parties in the conflict; Yenyeya Mining Group had followed due process required by law and tradition with a letter of consent dated August 7, 2003, for land for small scale mining activities from the Chief of Gbene community.

He said Yenyeya Mining Group had a 21-day publication for license on August 8, 2003, obtained small scale mining license on January 24, 2007, environmental permit for mining from the Environmental Protection Agency, and had evidence of payment of taxes to the Ghana Revenue Authority and payment of royalties to stool lands.

Mr Ayorogo added that NORPRA had established that before a 72-kilometre cube of land in Gbene community was earmarked and regularised by government in 1995 for small scale mining, the two conflicting parties, Kwasi Bantama and the Director Yenyeya Mining Group, Charles Ndambon worked together as friends on the same piece of land, which is now a concession of Yenyeya Mining Group.

‘We have equally found official documentation from Kwesi Bantama making inconsistent demands for money (One time, GH¢480,000.00 and another time GH¢20,700.00) from Yenyeya as the only condition for him to stop entering into his self-acclaimed historically linked area which is the concession of Yenyeya’

The Director said official documents available to NORPRA indicated that Kwesi Bantama battled his claims in the law court and lost the case to Yenyeya on May 24, 2011, and disclosed that NORPRA had documents to show that Kwesi Bantama only had his license to mine in a different location on June 22, 2016.

Mr Ayorogo said other correspondence intercepted by NORPRA contained statements that suggested that failure to meet the demands of Kwesi Bantama to either be part of the concession of Yenyeya or get paid, he would construct a pit elsewhere and link it to Yenyeya’s operational area to mine.

‘NORPRA went further to find a report on the website of the Ministry of Lands and Natural Resources that stated that the 16 young people who lost their lives worked under Kwesi Bantama, but the blast was allegedly carried out by Shaanxi,’ Mr Ayorogo said.

He reiterated that NORPRA felt strongly that if regulatory institutions were effective, efficient, sensitive and responsible enough, they would have quickly stepped in when the issues were brought to their attention, and prescribed drastic measures without fear or favour.

NORPRA concluded by sharing the blame against the national bodies for the lukewarm attitude towards sensitive community and social issues failing to resolve an outstanding conflict between the two mining companies. GNA

By Godfred A. Polkuu, GNA