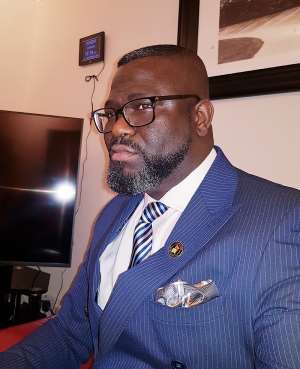 A renowned UK Authorised High Voltage Engineer, Mr Peter Antwi Boasiako, who is also the founder of “Akufo-Addo For 2016 Advocacy Group, UK, has accused the National Democratic Congress (NDC) of being behind the recent kidnappings of young girls in the southern part of Ghana, for political expediency.

The NDC Chairman, Ofosu Ampofo, is on record to have said, “We will kidnap the family members of the NPP top officials and make life unbearable for them”. “We will target to assassinate the senior members of NPP and render the Police powerless.” Mr Ampofo said this to the NDC members at their secret meeting and the tape is leaked and available on the social media platforms.

With this background, Mr Antwi Boasiako said, “I strongly suspect that the numerous kidnappings of young girls in various places in Ghana, and some gruesome murders that appear like contract killings all over the place, are all masterminded by the NDC, just to make the NPP government unpopular. Ghanaians are living with such dangerous characters in opposition.”

In a comment posted on his Facebook wall, Mr Antwi Boasiako said, “We thank God that this evil plots of the NDC to make life unbearable for Ghanaians through kidnappings and assassinations, have been revealed through the Ofosu Ampofo’s diabolical plans as found on the leaked tapes and confirmed by the NDC Deputy Communications Officer, Kwaku Boahen.”

He further stated that, it gives clear indications as to why all of a sudden, these unthinkable incidents of abductions of young girls in Takoradi are happening, and has become one of the main topics of the NDC propaganda messages, because the NDC emerges to be behind the unfortunate acts as heard from their Chairman, Ofosu Ampofo, planning to kidnap more NPP members.

Earlier in the day when the media played the tape on air, the Deputy Communications Officer of the opposition National Democratic Congress (NDC) confirmed that, the leaked tape purported to be the voice of the party’s National Chairman; Samuel Ofosu Ampofo, is truly him.

Kwaku Boahen said all the ‘diabolic plans’ enumerated by the National Chairman has the party’s tacit endorsement and were welcomed with cheers at the meeting.

Mr Antwi Boasiako, in conclusion, “charged that the Police and Nation Security Intelligence, should really watch these Ofosu Ampofo and his NDC wicked-minded guys closely to avert attempt they make life unbearable for Ghanaians as they’ve planned.