An alleged officer at the office of National Security, Theodore Kwasi Alorwu, popularly known as Semis, has been accused of allegedly defrauding a Ghanaian businessman, Fred Nii Tetteh of his car.

According to the businessman, Semis approached him and decided to buy his American Ford Pick-Up. Semis, the businessman narrated, claimed his bosses at the Office of the President needed a car for operation.

The vehicle, he said, was being sold for GHS120,000 but the National Security officer paid GHS40,000 and assured the businessman of paying the balance within an agreed period but has allegedly refused to do so.

Nii Tetteh, who narrated his ordeal to ClassFMonline.com on Tuesday, 24 April, said, on 13 April 2018, he returned the GHS40,000 to Semis so he could repossess the car after several attempts to retrieve the GHS80,000 balance was unsuccessful. 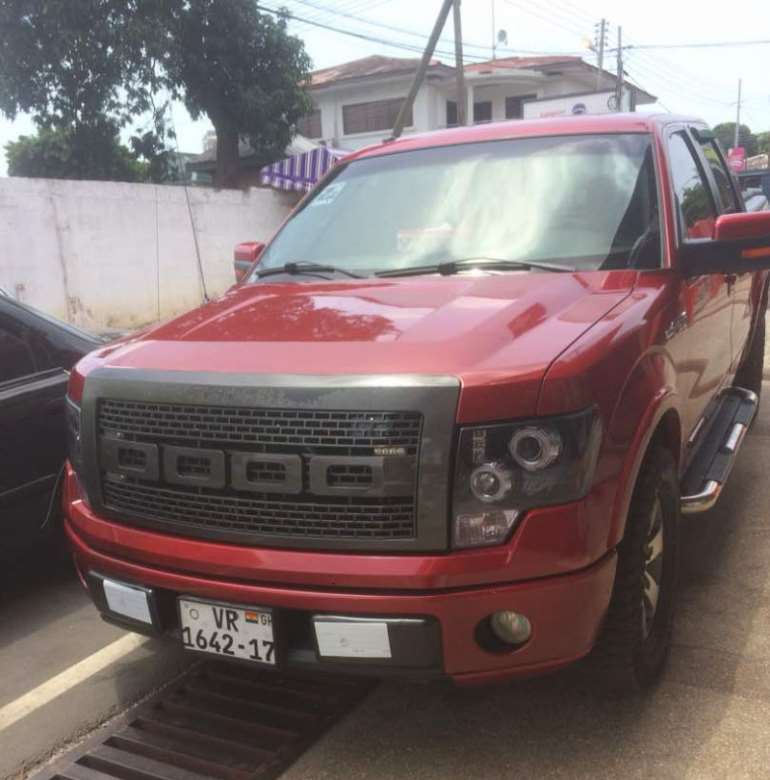 Semis, he said, received the GHS40,000 but then refused to hand over the car with the excuse that he has his properties in the car.

The businessman further indicated that he, in the company of his wife and brother, went to a popular chop bar in Asylum Down owned by Semis and met him there to take the car back, but, once again, the National Security official would not budge.

“We were there at his chop bar for the car but he refused to give it to us. He called some of his boys whom we suspect are land guards to come and intimidate us but one of the boys, after listening to our story, told him that he should return the car to us because he was not being fair to you, but this plea also fell on deaf ears.”

The businessman has, thus, appealed to President Nana Addo Dankwa Akufo-Addo “to intervene because he [Semis] claimed he is also working at the office of the president.”

When called on Tuesday, 24 April by Accra100.5FM for his side of the story, Semis admitted buying the car and making part payment for it. He also assured the station that he intended returning the vehicle to its owner.