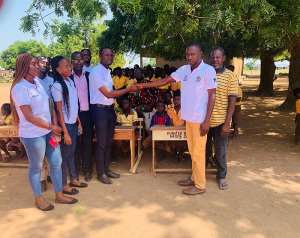 The National Service Personnel Association of Ghana (NASPA) National Executives on Tuesday, 5th November donated some furniture to schools in the Mamprugu Moagduri District of the North East Region.

The 2018/2019 batch of National Executives led by the President, Twumasi Stephen, accompanied by representatives of the district education office and district assembly office presented 100 dual desks to schools in need in the district to enhance teaching and learning activities.

Mr. Twumasi during the presentation said personnel of the association served their nation through various ways in districts across the country, it has become a norm to embark on such gestures to climax their exit from the scheme.

His predecessors, he said, had also embarked on similar benevolent gestures which had an impact on the lives of people in need and the country at large. This gesture is to support education in Ghana and the SDG 4 which talks about quality education.

“This gesture is to demonstrate our commitment not only to the 1-year mandatory service to the nation but to go the extra mile of providing the needed logistics to enhance teaching and learning activities as well as other social amenities in certain rural areas,” he said.

The Deputy District Education Director, Mr. Mummuni Mbonwura Francis who received the furniture on behalf of the schools expressed his profound gratitude to the NASPA executives and thanked them for considering the district.

He said due to the geographical location of the district, it is being deprived of certain social amenities and they can only fall on benevolent individuals and groups.

He added, the district will judiciously use the furniture to ensure teaching and learning activities improve in Yagaba R/C Primary, Kuuba D/A Primary and Logri R/C Primary who have today received their share, others will also receive theirs within the course of the week in other for them to also produce more doctors, politicians, and teachers.

The National Executives of NASPA are expected to embark on similar furniture donations in the Bono Region, Ashanti and Eastern Region before the end of the week. 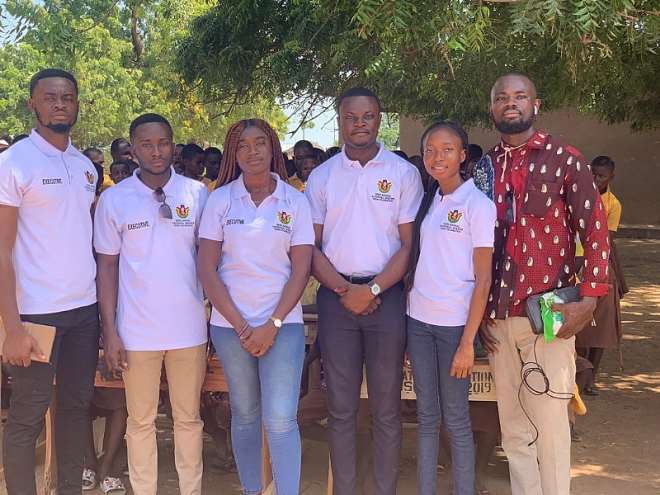 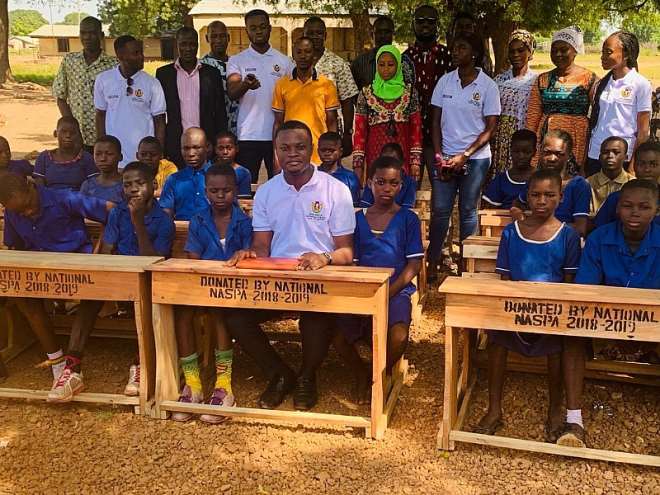 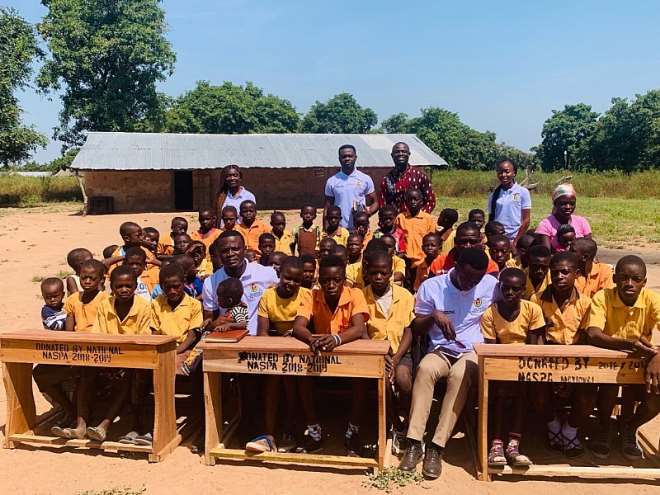 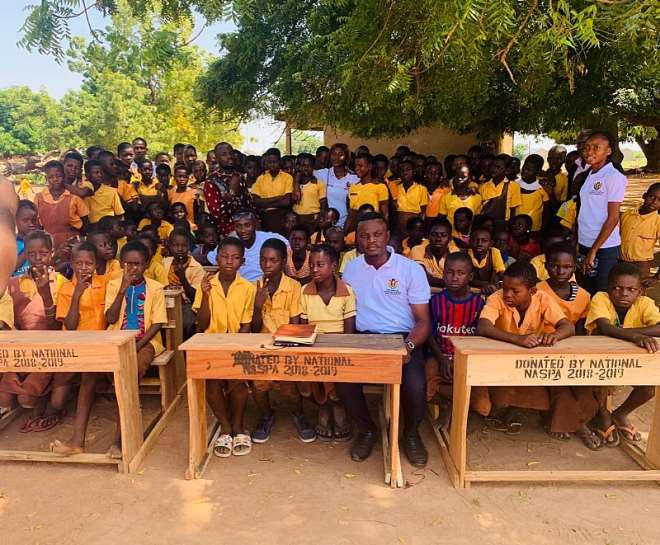 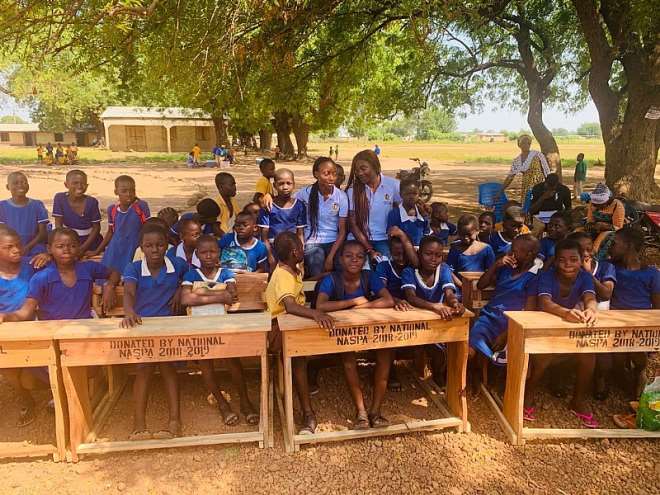 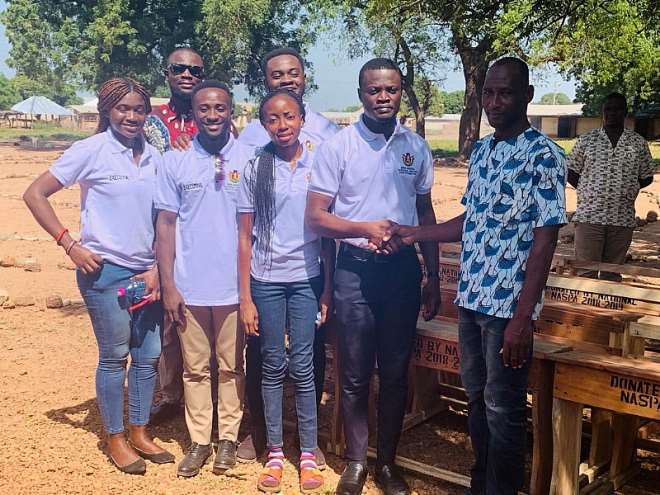 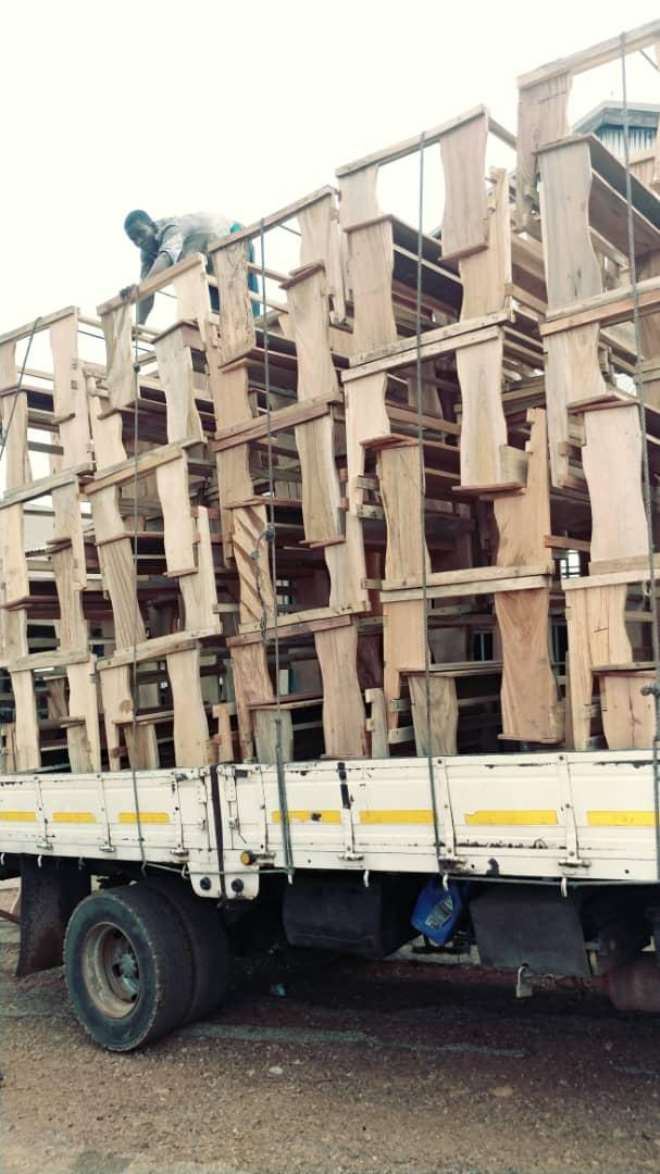