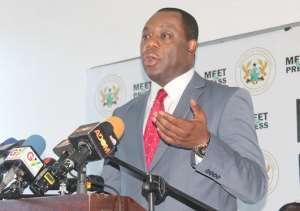 The Technical and Vocational Education Training (TVET), has the potential to lift Ghana out of its economic difficulties and setting it on the path to prosperity, Dr Matthew Opoku Prempeh, Minister of Education, has stated.

He said there was, therefore, the need to continue with the conversation on the best strategies needed to transform Ghana’s national vision on technical education into actionable reality.

‘Ghana welcomes investors who seek to pitch camp here and collaborate with local institutions in bolstering our technical capacity, and strengthening skills training in the country,’ Dr Opoku Prempeh, remarked in a statement read on his behalf on Tuesday at a Youth Employment and Skills (YES) Stakeholder Engagement Platform Meeting in Accra.

‘We similarly welcome collaboration and partnership in the area of equipment manufacture and the building of laboratories to feed our fledgling technical institutions and universities,’ he added.

The Yes programme was organised by the African Centre for Economic Transformation (ACET) with a particular focus on TVET and secondary education.

It focused on the levers through which youth unemployment could be reduced by enhancing skills development to help meet the future job needs of young people.

He said technical and vocational education had enormous potential for developing human capital for national development.

‘Indeed, an effective TVET system has the potential for skill development; improving the competitiveness of the work force; fostering income earnings potential of the people of Ghana and reducing poverty and wealth creation, thus moving our socioeconomic development forward,’ he said.

He said the Government had laid emphasis on education and in particular, technical and vocational education as a major pillar for development.

He said the Free Senior High School (SHS) system was an integral part of the system for ensuring that the pipeline for such a development would continue to be primed and the One District, One Factory would help to better utilise the products of the TVET system.

‘We are undertaking structural reforms by setting up a TVET Service and TVET Council, and dedicating a whole division of the education service to technical and vocational education, which would have its own Director General,’ he stated.

Mr Daniel Nti, the Chief Operating Officer, ACET, said achieving decent work for all was key not only to promoting the wellbeing of African youth and driving economic prosperity in the region, but also in achieving the UN Sustainable Development Goals.

Dr Fred Kyei Asamoah, the Executive Director, Council for Technical and Vocational Education Training (COTVET), said the Government this year had increased the budgetary allocation to the TVET sector, as part of efforts to ensure its growth and expansion.

Dr George Afeti, a former Rector of Ho Technical University, called for adequate financing for the TVET sector from both government and industry; in order to enhance quality.

He said training by itself does not translate into jobs; stating that ‘what is important is the demand side. In otherwise, if government policies do not encourage the growth and expansions of enterprises, of course they would not be in a position to employ anybody with skills.’

Madam Helen Slater, Senior Research Fellow, ACET, who gave an overview of the YES stakeholders meeting, said workers in the future would need foundational cognitive skills as well as other key skills for productive employment.

Professor Jophus Anamoah-Mensah, a former Vice-Chancellor, University of Education, Winneba (UEW), said Government’s decision to ensure that technical universities had Departments of Education to produce teachers and instructors for pre-tertiary institutions was a step in the right direction.