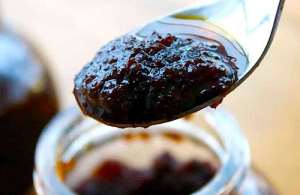 The Narcotics Control Board (NACOB) has revealed a worrying trend that more students are consuming cannabis through their hot pepper sauce (‘shito’) at school.

The cannabis-infused sauce popularly known as ‘wee shito’ is gaining root among students.

Michael Addo who is the Deputy Director of NACOB speaking with Joy News urged parents to take an interest in what their wards consume while in school.

“Please prepare better shito for them,” he pleaded, adding that their failure to do this is the reason many students are resorting to unscrupulous vendors whose products are laced with illegal and dangerous substances.

He went on to allege that some alcoholic beverage manufacturers are infusing cannabis into their products, a situation he cautioned against and called on consumers to be vigilant.

NACOB on June 26, 2019, burnt some eight tonnes – one million cedis worth of marijuana and cannabis following a court directive.

Among the illegal substances destroyed were cannabis and Khat – a drug that causes excitement and euphoria – intercepted at the airport, various borders in the country and at the Ghana Post.

He said while Khat is not grown in Ghana, the country’s ports are being used to export it to Europe and the United States of America.

“Most of the other drugs that we control, cocaine, heroin and others will also be destroyed as soon as a court judgment is given for their destruction.”