The Narcotics Control Board (NACOB) last Friday has destroyed 500 kilograms of Marijuana it seized at the Bundase Military base in the Greater Accra region.

The exercise was carried out upon the orders of the Accra Criminal High Court 3 Judge Justice Justin K. Dorgu.

The exercise also witnessed the burning of 100kg of Khat, a flowering plant native to the Horn of Africa and the Arabian Peninsula which is chewed.

Khat contains alkaloid cathinone and a stimulant, which is said to cause excitement, loss of appetite and euphoria. It is mostly posted through the courier services from East Africa mainly Ethiopia which is repackaged and sold in Europe and North America.

NACOB in December 2017 impounded a truck full of dried leaves suspected to be cannabis at Buokono, near Asesewa in the Upper Manya Krobo District of the Eastern Region. 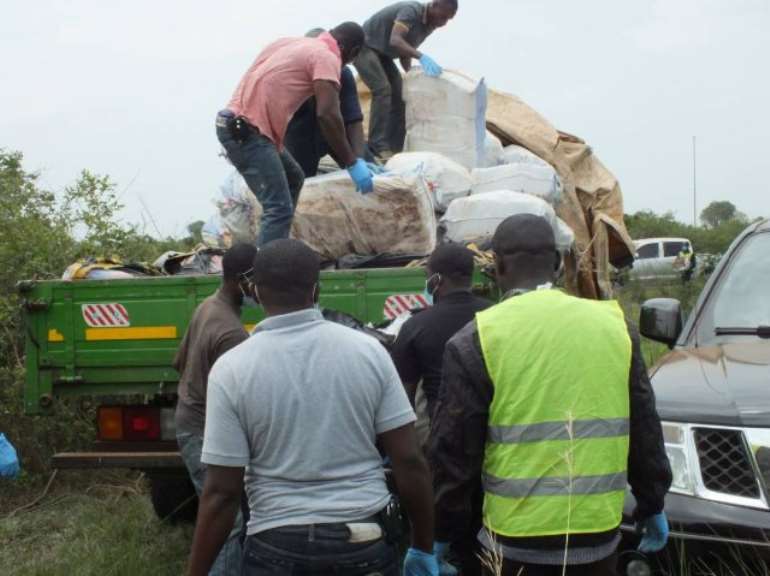 This was upon a tip-off that a boat from Dzemeni in the Volta Region was loaded with cannabis and had offloaded its content onto a truck at a village near Asesewa with its final destination being Ashaiman in the Greater Accra Region.

The Board in collaboration with the District Police Command at Asesewa intercepted the said truck with registration number ER 105-13 and arrested the driver, one Stephen Narteh Sangmortey, whiles his accomplice fled upon sensing danger.

In all, 124 sacks all containing dried leaves suspected to be cannabis sativa (wee) were retrieved from the truck.

The purported owner of the consignment, one Nicholas Lartey also known as Nharyo has since been at large.

NACOB has assured the public of its continuous commitment aimed at curbing the illicit drug trade while encouraging everyone to voluntarily provide information leading to the arrest of persons suspected to be indulging in narcotics-related acts.