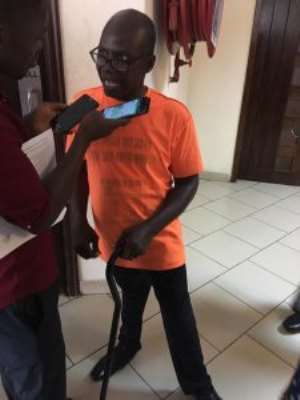 Members of Parliament have condemned the decision by some security officers in Parliament to deny a physically challenged man access to the house to observe proceedings.

The man was denied entry into the chamber on Friday because in their view, he cannot stand up to acknowledge the Speaker of the House.

“Their reason is that they were asked not to allow anybody who cannot stand when the Speaker is coming or passing or is rising,” the man who was discriminated against, Alex Tetteh, told Citi News.

“I feel sad. I feel that my rights as a citizen to observe Parliament have been denied and I think that the Speaker must address this. The fact that I cannot stand, does not mean that I disrespect any laws or I disrespect any authorities. It is because of my disabilities. It is no fault of mine to become disabled,” he remarked.

It is however unclear whether this decision was sanctioned by the leadership of the House. Some Members of Parliament have condemned the action. 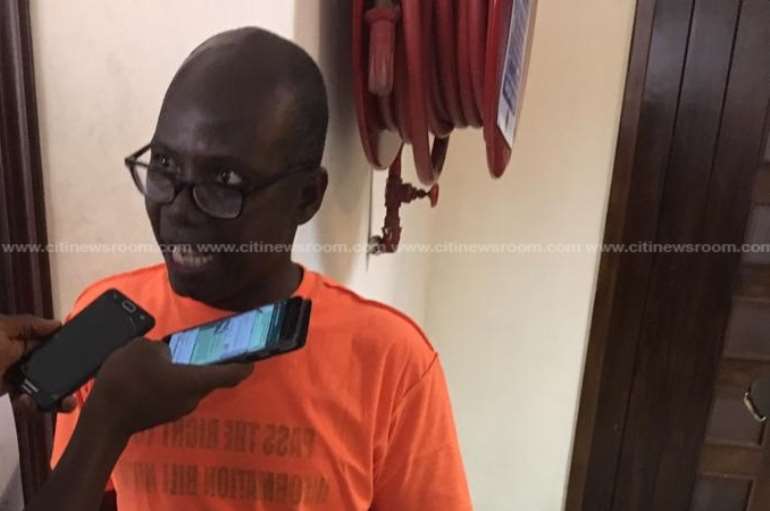 Alex Tetteh needs a walking stick to move around

Wa Central Member of Parliament, Rashiud Pelpuo, described the decision as unacceptable in a Citi News interview, further arguing that there is no law barring physically challenged individuals from visiting the Chamber.

“I think it was unacceptable. Rising for the Speaker is a convention. There is no law about it. It is not sacrosanct. Especially if somebody is unable to rise, it is not a sin that you will be asked to pay later. So I think it was improper.They should have allowed him and once he is handicapped that understanding will be there”

Kumbungu Member of Parliament, Ras Mubarak, said this development calls for the need for Parliament to devise measures that will give physically challenged persons access to the Chamber.

“The house of Parliament or any part of Parliament is public premises, and indeed it is incumbent on Parliament to facilitate and ensure that we put in place the necessary measures for all Ghanaians. If you will recall, I have had occasion to raise this issue on the floor of Parliament.

“We have a couple of our colleagues who have some difficulty in accessing the Chamber, and at least on three occasions I have raised this issue in the House that Parliament has to do something about it so that we do not encumber them, we do not create problems for them to access the Chamber. Now we can seek construction for a new Chamber block, and I am hoping that this will be taken into consideration. This should rekindle the debate about access to public buildings by our compatriots who have some amount of disability.”

While disbursements to the PWDs have often delayed, arguments have been made that certain establishments and social policies are not disability-friendly .

11 years of enacting the Disability Act

Ghana’s Disability Law, 2006 (Act 715) was passed by Parliament in 2006, aimed at ending the discrimination that faces people with disabilities but the ten-year moratorium given by the Act for old buildings to be renovated to disability-friendly status has indeed not been met.

It is worth noting that about ten percent of Ghana’s population are Persons with Disability (PWD). Although their rights are guaranteed both by Ghana’s Constitution and by International Conventions, in reality these provisions have offered them very little actual protection against discrimination.

People with disabilities in Ghana are often regarded as unproductive and incapable of contributing in a positive way to society. Instead of being viewed as assets, they are rather seen as constituting an economic burden on the family and the society at large, which leaves them in a vicious cycle of poverty.