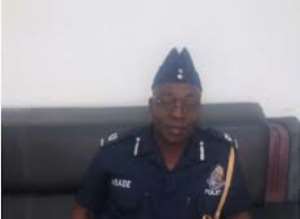 The Tarkwa Divisional Police Commander, ACP Dennis Abade, has assured the public that the Intelligence Unit of the Ghana Police Service is seriously dealing with the recent spate of alleged kidnappings which has hit the nation, particularly the Western Region, leading to the launch of an active campaign against it tagged, “Bring Back Our Taadi Girls.”

Speaking in an interview with Empire FM’s Emmanuel Ohene-Gyan, ACP Abade, said his outfit has been able to solve one of the two reported cases involving an apprentice seamstress whose case was reported to the police on January 25, 2019.

He said contrary to earlier reports by some media houses that, Augustina Ndaago, the first-year student of Tarkwa Senior High School had been found with a male lover, it was rather the apprentice seamstress who had been traced to the house of a 31-year-old welder in Tarkwa.

The suspect, Albert Quayson, who is currently being probed by the Domestic Violence and Victims Support Unit (DOVVSU), had told investigators that he only decided to offer shelter to the lady after finding her loitering about on the night of January 24, 2019.

According to ACP Abade, the Police Intelligence Unit is currently in constant communication with Augustina after establishing contact with her through her brother.

He said, intelligence gathered so far indicate that the student is not in danger, and the police administration will continue to update the public on new developments as they work to solve the case.