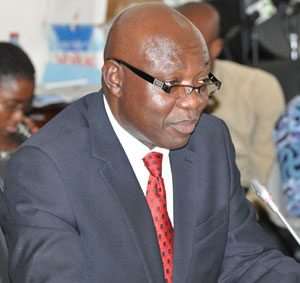 A Local Governance Analyst, George Kyei Baffour has said the Minority in Parliament has no moral right to question the new formula announced for the disbursement of the District Assemblies Common Fund.

According to George Kyei Baffour, the Minority’s posture is needless.

The Minority is kicking against the formula which allocates 40 percent of the fund to the school feeding programme, 20 percent each to the Nation Builders’ Corps, planting for food and jobs and the remaining 20% for running the assemblies.

It has also accused the Administrator of the Fund, Irene Naa Torshie Addo of starving assemblies of funds for essential projects per the new guidelines.

However speaking to Citi News, George Kyei Baffour said the Minority had no right to criticise the Fund Administrator since it did worse in power.

“In the previous local government Act 462, there was a provision that enabled the Minister of Local Government to consult with the Minister of Finance to issue guidelines to all assemblies in the utilisation of the Common Fund and indeed in 2016.”

Mr Baffour added that during the amendment of the previous Local Government Act the NDC ” inserted the cost of the local governance Act 936, the provision is there legally on centralized direction of assemblies in the utilization of funds so if government has done it over the years and it is ingrained in the law, and the present government is doing it, I have reservations as to whether the Minority has the moral right or obligation to talk about it because that is what they have been doing in all those eight years that they have been in office.”

The Minority has kicked against a new disbursement formula for the District Assembly Common Fund.

The new formula allocates 40 percent of the fund to the school feeding programme, 20 percent each to the Nation Builders’ Corps, planting for food and jobs and the remaining 20% for running of the assemblies.

The Administrator of the District Assembly Common Fund, Irene Naa Torshie Addo is reported to have instructed the Assemblies to use the allocated funds for the purposes for which they have been given.

But former DCE for Sekyere Afram Plains, Fuseini Donkor said the directive is illegal and will impede the development of several districts.

This comes days after the Association of Former Metropolitan, Municipal and District Chief Executives under the Mahama administration accused the Akufo-Addo government of undermining the local governance system.

The former MMDCEs contend that allocations for development to the various districts assemblies under the District Assemblies’ Common Fund (DACF) have suffered a shortfall, thus affecting development.

Facts on the ground
The government budgeted GHc 600 million for the Nation Builders Corps initiative, and there is no official allocation for it in the District Assembly Common Fund formula.

The District Assembly Common Fund also set aside $20m for the management and disbursement of the District Development Fund (DDF).

In developing the Formula, the Administrator for the District Assembly Common Fund, Irene Naa Torshie Addo, has explained she was guided by the ‘Basic Needs’ approach to development with Health Service, Education Service, Water Coverage and Tarred Roads Coverage serving has vital indicators.

Under this approach, MMDAs with more facilities or services received less to bridge the development gap between the various assemblies.

A total of 38 new assemblies have been established bringing the total number of MMDAs to benefit from the Fund in 2018 to 254.

About the fund
The District Assemblies’ Common Fund is a pool of resources created under Article 252 of the 1992 constitution of Ghana.

It is a minimum of 5 percent of the national revenue set aside to be shared among all District Assemblies in Ghana with a formula approved by Parliament.

Part of the Fund is disbursed directly to District Assemblies in accordance with the approved formula.

The MMDAs use the funds for projects and programmes determined by their respective Assemblies.

Some of the money from the Fund is also used directed to support some crucial social intervention projects which take place in the Districts but are national in scope. Disbursement for such programmes is referred to as ”indirect transfers”.

Some of the national programmes supported by ‘indirect transfers” over the years have been the School Feeding Programmed, National Borehole Programme and the Ghana Youth Employment and Entrepreneurial Development Agency.

Also, about 4 percent of the Fund is shared to Members of Parliament for a constituency project, 1.5 percent is divided among the 10 Regional Co-ordinating Councils for supervision of the Assemblies in their respective Regions while 2 percent is reserved to meet contingency expenditures.