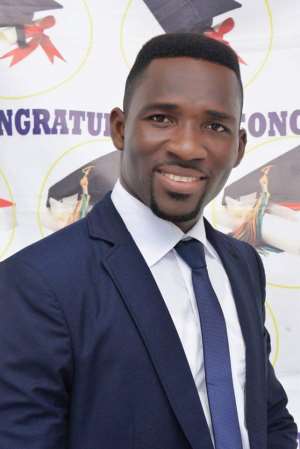 The National Media Commission (NMC) and the Ghana Journalists Association (GJA) have condemned Zoe Outreach Embassy, a church located at Ogbodjo, near American House in Accra, for barring journalists from taking pictures or covering events on its premises.

The condemnation by the media regulators followed a public announcement by Zoe Outreach Embassy that journalists were not allowed to take pictures, recordings or any form of coverage on its premises.

In an interview with the Daily Graphic in Accra yesterday, the Chairman of the NMC, Mr Yaw Boadu-Ayeboafoh, described the action of the church as unlawful and unacceptable.

According to him, the church had no power to bar any journalist from its premises, given the fact that its building was a public facility.

“The church is a public facility and not a private residence for the pastor so he has no power to bar any journalist from it. As long as they are preaching the word of God, it remains a public place,” he said.

In a vehement disapproval of the church’s action, he stressed: “What does the church want to hide from the public that it does not want the media to cover its activities? The church has Zoe Television (TV), so how can they now turn around and bar the media?”

The GJA President, Mt Roland Affail Monney, buttressed the point that since churches operated in public places, journalists could provide the public with relevant information on their activities without any intimidation.

“Churches operate in residential places and they are not above the law. For the sake of public interest, journalists can report on the activities of the church, especially when the pastor is at the centre of the controversy,” he stressed.

Mr Monney further stressed that although Article 13 of the GJA code of ethics enjoined journalists to obtain information, videos, photographs and data by honest and straightforward means, media practitioners could still use undercover means to get information that was for the public good.

“Even if journalists can use undercover means to get vital information on the operation of churches in the interest of the public, they can do so,” he said.

In a public notice posted on its buildings, the church warned: “No media house or personnel; no photography; no media coverage; no trespassing passing this point is allowed, you do so at your own risk.”

The decision to bar the media from the church’s premises followed reports that some aggrieved customers of EL Real Estates and Tikowrie Capital, companies owned by the Founder of the church, Pastor Kelvin Kwesi Kobiri, had disrupted activities at the church as they demanded their locked up investments.

The aggrieved customers had on two occasions stormed the premises of the church and destroyed things to demand their locked up investments with both entities.

According to reports, it took the timely intervention of the police to whisk Pastor Kobiri from the church premises to prevent the aggrieved customers from inflicting any harm on him.

Media reports on the brouhaha did not go down well with the church, for which reason it decided to make its premises a “no-go area” for journalists.