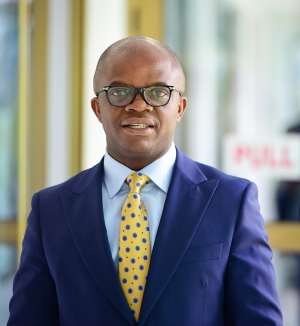 The Chief Executive Officer for Microfinance and small loans centre (MASLOC), Mr. Stephen Amoah has denied claims that He leaked a forensic audit report with the intention of escaping any implication he might be involved in.

Mr. Amoah explained in an interview on Asempa FM’s 3k) sii s3n program that it is a propaganda plot by the NDC and it is not true he leaked the report.

“Rumors going on is just a ploy by opposition National Democratic Congress (NDC), and it is cheap propaganda”, said the MASLOC boss.

Some amount of 500,000 Ghana cedis which was used for investment with Obaatanpa microfinance is nowhere to be found in any account at MASLOC. This attracted the Economic and Organized Crime Office to do a forensic investigation into the case.

Still being interviewed, the MASLOC CEO could not conclude as to where the money is or if someone has taken the money; but believes EOCO will pick the issue and handle it.

Moving forward, he stated he is shocked some people who looted Ghanaians

Money are now complaining of hardships in Ghana just one year and three months after being voted out of office.

He then invited Journalists to visit the offices of MASLOC and see the good work he is doing over there with his workers.

“Evidence of my hard work is there, MASLOC is not the same as before, we have lifted MASLOC from the level it was when we came”.