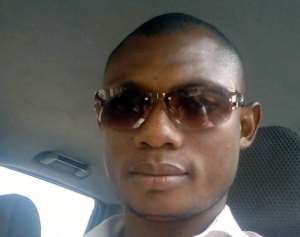 In court on May 30, this year, Inspector Joyce Ninson, for the prosecution said the complainants Dr John Kofi Borsah and Robert Hackman Antwi, reside in Cape Coast and Cantonment respectively while the accused resides at Adenta also in Accra.

The prosecution said on December, 3 2018, at about 12:15 hours both complainants reported at the Airport Police Station that they had cited a map supposed to have been prepared by Dr John Kofi Borsah and approved by the Regional Head of the Surveying and Mapping Division of the Lands Commission who is Robert Hackman Antwi for Aberic Mining Company Limited and submitted to the Minerals Commission.

On the map, the signatures, stamp, seal, license number, address and names of the complainants had been forged.

Subsequently, the police officially wrote to the Minerals Commission for more information on the mining company leading to the arrest of Justice Kobina Arthur on December 17, 2018.

After investigations, he was charged with two counts of the offence of Forgery of Documents contrary to section 158 of the criminal offences Act, 1960 (Act 29).

The accused person pleaded guilty to both charges and was sentenced on his own plea of guilty to a fine of fifty penalty units on each count amounting to GHC 600 on each count to run concurrently.

In default, he would serve a term of imprisonment of 12 months with hard labour.