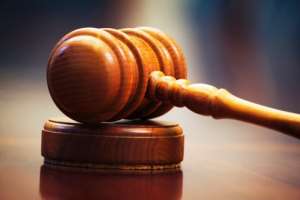 A Nigerian hairdresser, Aisha Kunmyi, who allegedly stole a two-year old girl at Nsamanpon, near Madina, has been granted bail by a Circuit Court in Accra.

Charged with child stealing, Aisha has pleaded not guilty.

Aisha was granted bail in the sum of GH¢20,000.00 with three sureties, two of whom are to be Ghanaians resident in the Metropolis.

Aisha was ordered by the court presided over by Mrs Rita Abrokwah Doko to deposit her Identity Card with the court’s Registry.

She was further directed by the court to report to the case investigator at the Madina Police Station every two weeks pending the final determination of the case.

On September 25, this year, Aisha was put before the Court for allegedly stealing a two year old girl.

Earlier on, Prosecuting Assistant Superintendent of Police (ASP) Agnes Boafo told the Court that the complainant Grace Mensah is a trader residing at Ogbojo, Accra.

ASP Boafo said Aisha came from Nigeria to Ghana a month ago and she has no fixed place of abode. The victim, who is two years old, resides with her mother, the complainant in the matter.

On September 17, this year at about 13:00 hours, Aisha was seen at Nsamanpon Mechanic Shops area carrying the victim at her back and heading towards Madina.

Prosecution said the complainant’s neighbour known as Mr Kwadwo Koranteng, who was then in his shop at Nsamampon, identified the victim and called Aisha, who was then carrying her.

When the complainant quizzed the convict as to where she was sending the victim, Aisha informed Mr Koranteng that, the victim was her daughter and that she (Victim) had been living with her father who is a taxi driver, but he was not taking good care of her.

Prosecution said the victim’s elder brother and parents came around and the accused was arrested and escorted to the Domestic Violence and Victim’s Support Unit (DOVVSU), Madina, where a formal complaint was lodged. GNA