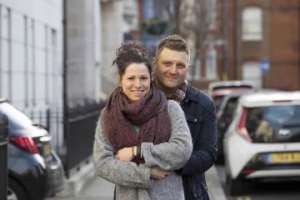 A man who was born without a penis says he has finally managed to have sex aged 45 after having a bionic organ implanted using his own skin.

Andrew Wardle underwent an intensive 10-hour operation to fit the £50,000 bionic penis which he has described as ‘ridiculously big’.

The caterer, from Greater Manchester, said he and his girlfriend Fedra Fabian are delighted with the results of his major surgery at London’s University Hospital.

Bladder exstrophy typically affects one in every 40,000 births but Andrew’s case – of having no organ at all – is said to only affect one in around 20 million people.

He appeared on This Morning to go public with his condition because he ‘couldn’t keep living a lie’.

‘There was no other road for me to go down, so I thought that instead of telling one person at a time, I’d just tell everyone all at once,’ he said on the ITV show. 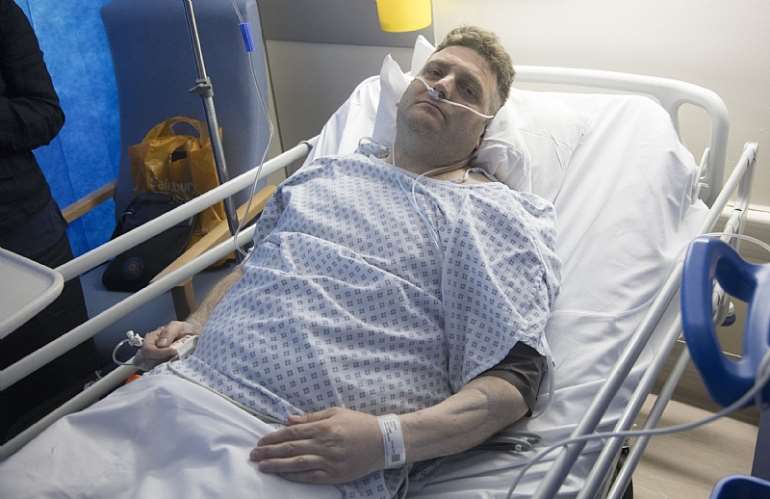 Now that he has undergone surgery, he says he is excited for the future with Fedra, 28, including having children.

He had to walk around with an erection for 10 days and had to wait six weeks before having sex but Andrew – who uses a button in his groin to inflate the organ – told The Sun his life is now ‘back on track’. Speaking about ‘losing his virginity’, Andrew said: ‘It’s fantastic.

After all Fedra and I have been through, it’s the cherry on the cake,’ he said. ‘Fedra had booked a romantic trip to Am­s­t­erdam for my birthday, but I felt that would have been too much pressure.

‘I had to test out the function every morning and night and leave it erect for 20 minutes. So one morning, two days before we went away, it just happened.

It was nice and natural — and that’s how I wanted it to be.’ Surgeons used muscle, nerves and skin from Andrew’s arm to create the penis in the pioneering operation. 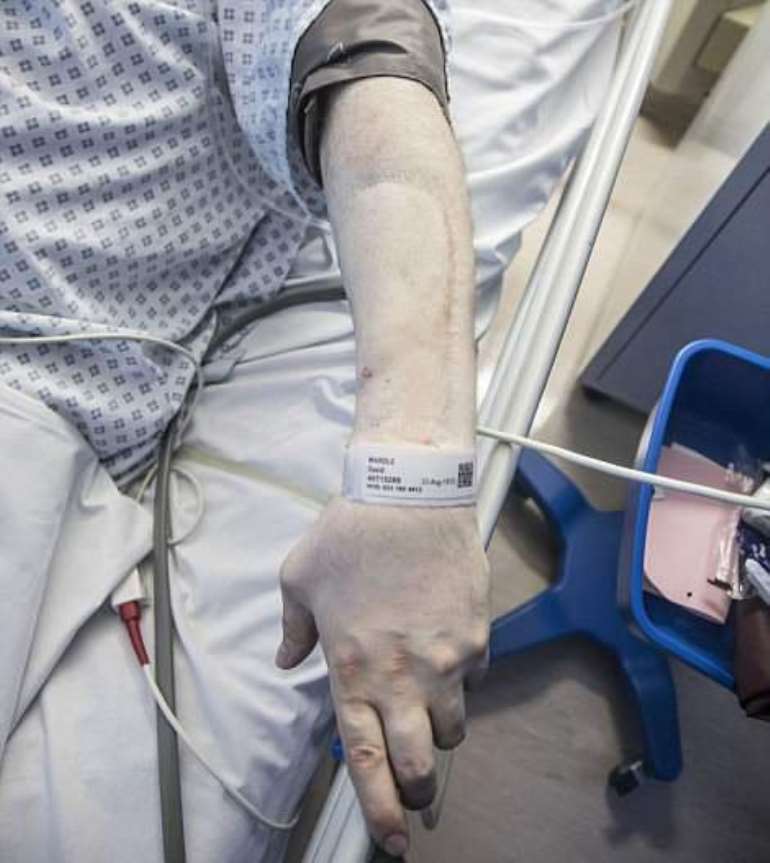 Andrew thanked surgeon David Ralph for giving him a chance at a future. ‘I’m just looking forward to having a fresh start. It’s like I’ve been through a war and I’m just healing and getting my head straight,’ he said.

‘I owe it to my amazing surgeons to go out and enjoy my life. ‘I want to thank everyone past and present in the NHS who has got me to this point in my life – I would not be here without you today.’