It is rare to find people going on the streets to bathe, clean, clothe and feed mentally challenged people, but for Emmanuel Annobil, he has taken that upon himself as a way of giving back to society.

For close to two decades, through his Brothers Keeper Refining Home, he has benefitted close to 2000 mentally challenged people across the country.

Mr Annobil and his team go round in a van and do this on daily basis with funding from his own pocket and from some Good Samaritans.

They bath for the mentally retarded people right on the streets in the glare of the public, give them fresh clothes and feed them as well.

Mr Annobil said he was called by God to take care of such people and that has been his motivation for the past 18 years in spite of grave opposition from friends, family and even random people on the streets.

He is currently one of ten participants in the current season of MTN Heroes of Change, gunning for a prize money of GHC100,000 to take care of more mentally challenged persons.

Thousands of selfless people are doing amazing things in communities across Ghana. The MTN ‘Heroes of Change’ project seeks to unearth and celebrate these people. 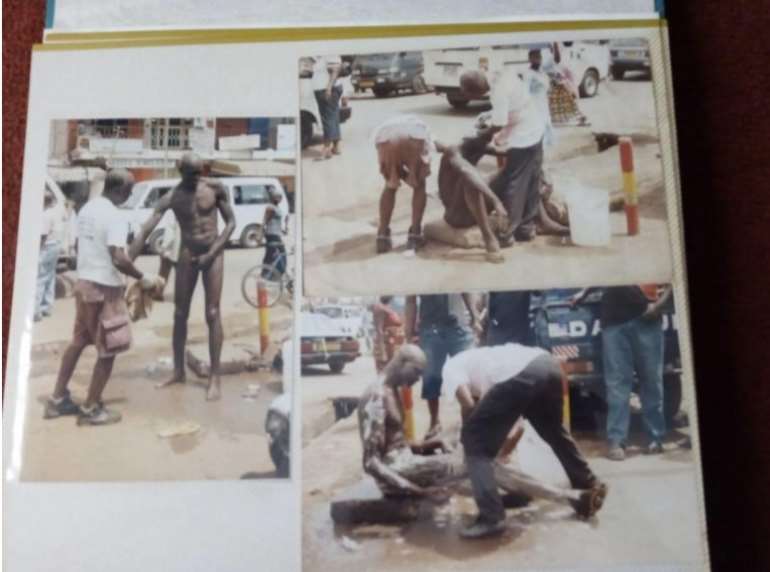 The program will identify, celebrate and support the contribution of these heroes and heroines who are playing diverse roles in the development of our society.

In an interview with Adom News’ reporter, Kofi Nkansah, Mr Annobil said so far at least one person, a woman, has come back to her senses through their intervention and she now sells sachet water.

He said he has been mocked by his own family and neighbours for doing this work, adding that his children wanted him to quit because their schoolmates tease them, but he refused to stop.

According to him, his next target is the Volta Region but his van has broken down so he would be pleased to get support from individuals and philanthropists to continue his work.

Mr Annobil said he recently got a parcel of land at Kasoa to build his dream home for mental patients, but the chiefs of the area are refusing to give him the documents even after he has paid for the land.

“I have handed over the case to the Lands Ministry to intervene and ensure speedy release of the land because a Good Samaritan has promised to help us build the mental home if we secure the land,” he said.

The MTN Heroes of Change season VI series currently airs on Adom TV on Saturdays at 7:30 pm as well as several media platforms including GTV every Sunday at 5:00 pm; TV3 on Saturdays at 4:00 pm.