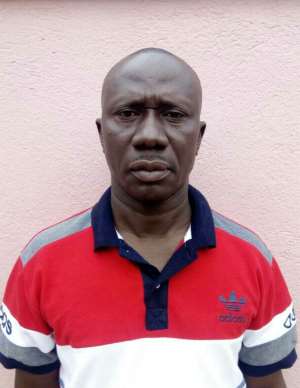 The Municipal Chief Executive of the Mampong Municipal Assembly, Hon. Thomas Appiah Kubi has declared his assembly’s commitment to convert liquid and solid waste from the Municipality and its sister districts into Energy generating resources.

The MCE made this known in his sessional address during the 1st General meeting of the Assembly.

According to Hon. Thomas Appiah Kubi, the introduction of the Sanitation Challenge For Ghana contest has inspired and motivated the various district assemblies in the country who are taking part in the contest to tackle their liquid waste management with the seriousness it deserves.

“My Assembly, having qualified for the next stage of the Sanitation Challenge For Ghana competition would implement our strategies vigorously towards wining the ultimate prize at the end of the competition,” he confidently stated.

He said the assembly has secured partnership with Renergenic Limited, a Finland company to construct a Waste to Energy (W2E)treatment plant at Mampong.

The MCE indicated that a memorandum of understanding(s) for the proposed plant has been submitted and is currently under review at the various ministerial levels.

According to the Chief Executive, the MOU would be binding on the Ministry of Power, Ministry of Local Government and Rural Development, Ministry of Sanitation and Water Resources and other sister districts; Sekyere Central ,Ejura Sekyeredumasi and Sekyere South.

He disclosed that land has already been secured for the construction of the treatment plant adding that all sister districts will feed the plant with the needed liquid waste.

“We are currently embarking on education and sensitization of households, school children and the general public on the need to to adopt good solid and liquid waste practices. He said the assembly is undertaking the sensitization exercise with the support of the Environmental Health Department, Ghana Education Service( School Health and the Environmental Protection (SHEP) coordinators and the Municipal Directorate of Health among others,” Hon. Thomas Appiah Kubi noted.

The MCE pointed out that through their partnership with Ashanti Development, the construction of 100 households latrines initiative for Zongo East and West in the municipal capital are at the various stages of completion. He said other intervention aspect in their proposal is the construction of a sewage system for the Mampong Government Hospital and the construction of 5 No. 6 seat Water closet among others.

The MCE commended Department For International Development(DFID UK), the international donor and IRC Ghana, the implementing agency of the Sanitation Challenge for introducing such a competition to reduce the liquid waste problem in the country. He therefore urged other development partners to introduce more of such contest to put the various assemblies on their toes.

In 2015, the Government of Ghana announced the launch of an exciting new challenge for Metropolitan, Municipal and District Assemblies (MMDAs) in Ghana.

The aim is to promote competition among MMDAs, and motivate them to team up with their citizens, innovators and solvers to design and implement liquid waste management strategies, to bring about transformational change to poor households in urban centres with population of more than 15,000 people.