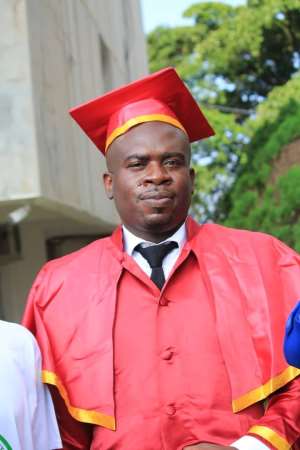 In the Naturopathic Urological community, especially prostate health, two of the most popular ingredients are probably lycopene and saw palmetto. Saw palmetto is a plant whose berries are frequently used to help manage symptoms of an enlarged prostate (benign prostatic hyperplasia).

With prostate cancer being a killer in the black community , finding ways to avoid developing the disease, naturally there is a great deal of interest and it has been my research interest. So far, conventional medicine hasn’t been very successful in this area, so some men are turning to a more natural approach, which has led to public outcry!

Lycopene is a potent antioxidant, a member of the carotenoid family, and a pigment that gives some fruits and vegetables their red color including pawpaw. Tomatoes and processed tomato foods (e.g., tomato soup, sauce, juice, puree, ketchup) are perhaps the most recognized food sources of lycopene and also comprise about 80 percent of the lycopene intake in the average American diet. However, other food sources include red grapefruit, guava, red bell peppers, and watermelon.

Numerous studies have indicated that lycopene can help prevent or reduce the risk of certain cancers, including prostate, stomach, lung pancreas, esophagus, colon, breast, and cervix. Here we are interested in the relationship between lycopene and prostate cancer, and thus far the evidence has been mixed. Here are some of the more recent results of research regarding this topic. 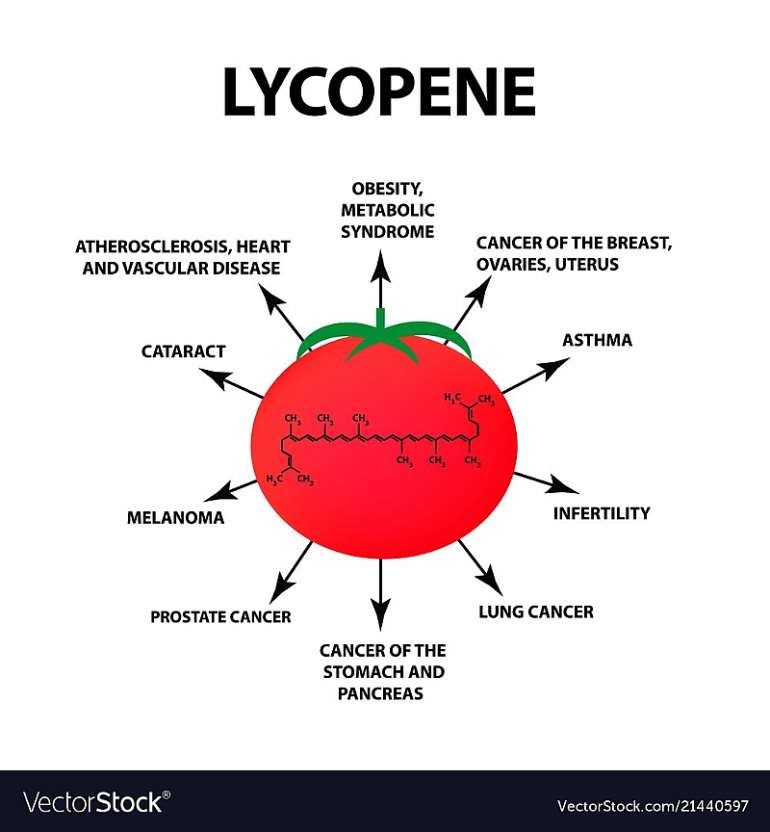 The idea that lycopene might help prevent or manage prostate cancer came up in 1995 when the Health Professionals Follow-Up study, which was the first to note that lycopene in tomatoes may

Back in 1999, a pivotal review article was published in the Journal of the National Cancer Institute. Of 57 studies that showed an inverse association between eating tomatoes or blood lycopene levels and the risk of cancer, 35 were statistically significant. The reviewers pointed out that “evidence for a benefit was strongest for cancers of the prostate, lung, and stomach,” and that “the consistently lower risk of cancer for a variety of anatomic sites that is associated with higher consumption of tomatoes and tomato-based products adds further support for current dietary recommendations to increase fruit and vegetable consumption.”

Successive research endeavors showed that consuming tomatoes and tomato products was associated with a lower risk of cancer and prostate cancer in particular. For example: 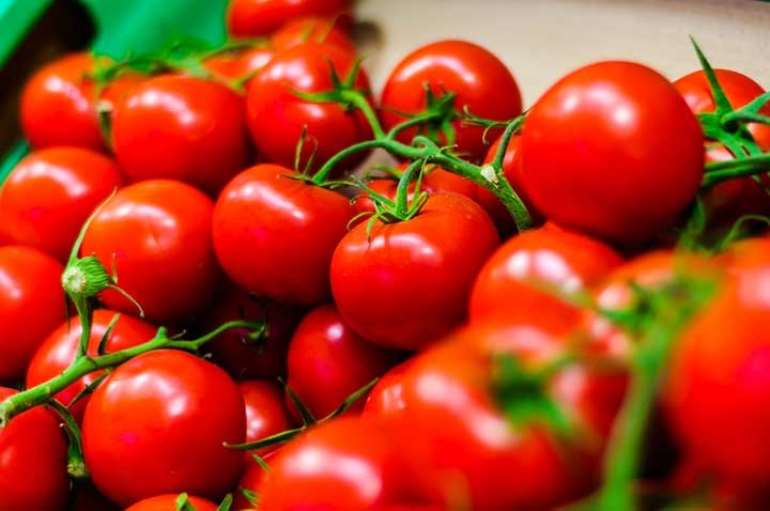 Other research, however, has been less positive.

Could lycopene supplements be the savior in a simple pill or capsule form?

At six months, 53 men underwent re-biopsy and 13 men were diagnosed with prostate cancer. Ten of the men had been in the supplement group while the remaining three had taken a placebo. At a 37-month follow-up, the scientists saw stronger modulation of microRNAs in the supplement group than in the placebo group. This factor is associated with progression of prostate cancer. The authors of the study concluded that “the use of these supplements should be avoided.”

Hey! So what should men do? It seems reasonable to assume that including plenty of raw tomatoes and cooked tomato-based products (but not canned tomato products) such as tomato paste, tomato sauce, tomato juice, and tomato soup in your diet on a regular basis could be beneficial for prostate health and prevention of prostate cancer. (Naturally, choose organic whenever possible.) Other foods that contain lycopene include pink grapefruit, watermelon, red cabbage, guava, and carrots. 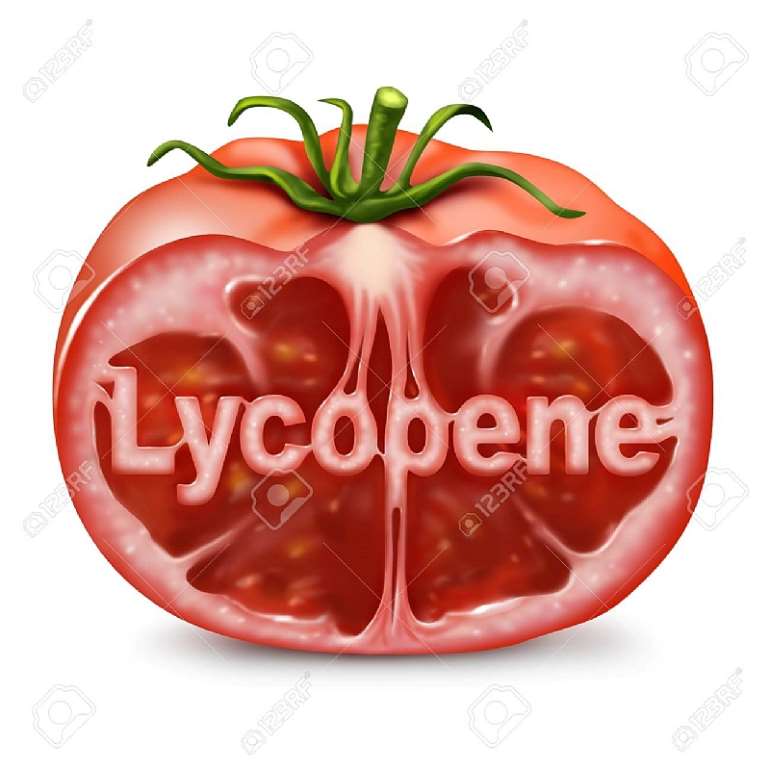 The influence of lycopene on an enlarged prostate (benign prostatic hyperplasia), urination, and levels of PSA (prostate specific antigen) also were evaluated. PSA levels are considered to be a marker for prostate cancer risk, and these levels are often higher than normal in men who have prostate cancer.

Although the evidence thus far suggests that higher lycopene consumption is associated with a lower risk of developing prostate cancer, further studies are needed to identify why this relationship occurs and if there are other factors in tomatoes and tomato foods that contribute to this reduced risk of prostate cancer.

The most recent exploration of the link between lycopene and prostate cancer was published in March 2018 in the Archivos espanoles de urologia. A review of the literature from 1990 to 2015 was conducted and included research in humans. Twenty-seven studies were ultimately chosen for the systematic review, with 13,999 patients in the 22 case-control studies and 187,417 in the five cohort studies. The authors concluded that although they found “statistically significant inverse association between lycopene intake” and the risk of prostate cancer, this evidence came solely from observational studies. They recommended conducting “high-quality randomized clinical trials” to clarify the evidence at hand.

Getting lycopene in your diet

One would think that, lycopene supplements may be the best way to get this phytochemical, but sorry to say that, research does not support it in a supplement form. In fact, it appears lycopene supplements don’t work and in fact are associated with the risk of nausea, vomiting, stomach upset, and diarrhea. These side effects can be lessened or eliminated if the supplements are taken with food.

From the research and scientific reviews, the optimal choice seems to be to eat organic foods rich in lycopene. Other phytochemicals present in tomatoes (and other lycopene foods) may contribute toward the antioxidant’s health benefits, which would not be available in supplements.

From the research and scientific reviews, it is best to eat cooked tomatoes in a healthy oil, such as extra-virgin olive oil, because the body absorbs lycopene better than if you eat tomatoes raw and without oil. For example, an organic tomato sauce with olive oil and garlic served is a healthy option, as is a fresh tomato soup prepared with, olive oil, and garlic.

So in conclusion, don’t waste your money on lycopene supplements, as there is just no evidence that they work. Instead, include a variety of natural foods rich in lycopene in your diet on a regular basis and consider adding to your diet other natural ingredients that have been proven in the studies that work synergistically to promote better general prostate health.