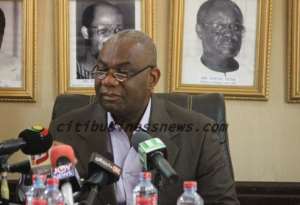 President Akufo-Addo appears to be in a dilemma as pressure is mounting on him to embark on a ministerial reshuffle, Starrfmonline.com has gathered.

According to Starrfmonline.com sources at the Presidency, some individuals close to the President have urged him to douse the seeming pressure on his administration by changing, and in some cases, removing some key ministers from his cabinet.

Starrfmonline.com sources say ministers including Boakye Agyarko and Mathew Opoku Prempeh may be out of government, or be moved to different ministries, if the President decides to shake up his government. The president, according to sources, is reluctant to touch the Energy minister.

The development comes in the wake of the new Ameri energy deal that has entangled the energy ministry and the President. Under the new agreement, the new company, Mytilineos International Trading Company, will take over the management of the AMERI power plant for 15 years.

The new company has offered to pay AMERI an amount of $52,160,560, with the government paying the remaining $39 million to the Dubai-based AMERI Energy to wash its hands off the deal entirely.

It has however emerged that President Akufo-Addo was allegedly misled by his Energy Minister Boakye Agyarko into approving the new agreement, which has been described by the Minority in Parliament and other energy think tanks including African Centre for Energy Policy (ACEP) as “stinky” and “rip-off.”

According to Starrfmonline.com sources, the President was misled into granting the executive approval for the deal.

However, in an interview with Starr News’ Ibrahim Alhassan, the Communications Director for the Energy Ministry Nana Damoah pushed back claims that the President was misled.