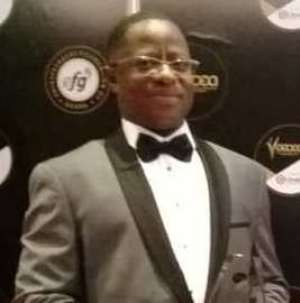 Mr John Peter Amewu, the Minister of Lands and Natural Resources, has taken a swipe at former President John Mahama for being dishonest in his criticism of the current government’s handling of the ban on illegal small-scale mining.

Former President Mahama at the National Democratic Congress Unity Walk in Kumasi in the Ashanti Region on Saturday, April 28, criticised the government for using ‘shoot-to kill’ approach in the fight against illegal mining, otherwise known as galamsey.

Mr Amewu speaking to journalists after picking an award at the Eighth Ghana Entrepreneur and Corporate Executive Awards held over the weekend said the former president failed woefully to halt the spate of illegal mining that had polluted the country’s water bodies and degraded arable lands.

‘The former President should provide a single-page document on small-scale mining in this country, he has failed Ghanaians and that was why Ghanaians rejected him as a President.

‘He can’t use galamsey as a propaganda this time round to convince the people and think he can come back to power,’ Mr Amewu said.

The Lands Minister expressed disappointment in the former president, saying; ‘I respect that man, but for today, I’m much disappointed in what he said in Kumasi’.

Mr Amewu asked the miners not to buy into the former president’s propaganda antics because he had nothing good to offer them.

Touching on measures government had instituted to address alternative livelihoods package for the miners, the Minister said, the government had developed the Multi-sectoral Integrated Mining Project (MMIP) Document that would be launched soon to provide alternative income for the displaced miners.

He said the MMIP document had been accepted by the donor partners and were prepared to support its implementation to sanitise the mining industry.

Mr Amewu said it had created 12 mining districts and 33 satellites districts across the country, whilst government had inaugurated community mining committees.

This, he explained, would decentralise the administration of mining communities and ensure that local communities owned their natural resources and protect them from destruction.