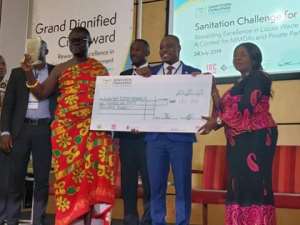 The Assembly under the auspices of Hon. Isaac Agyapong won the huge prize after the DCE and his able staff successfully developed and implemented innovative and integrated urban sanitation plans within his jurisdiction.

The Sanitation Challenge for Ghana is a UKAID-funded and implemented by IMC Worldwide and IRC Ghana to create competition among all the metropolitan, municipal and district assemblies (MMDAs) to design and implement innovative strategies in solving liquid waste issues in Ghana.

The project was open to all the MMDAs in 2015, during which 128 submitted their proposals. Out of the 128, 48 were shortlisted to compete in stage 2, but only 21 responded and applied.

The figure was further reduced to 17, but only 15 submitted evidence of the implementation of their strategies.

The Kwahu East District Assembly was named among the MMDAs with best liquid waste management proposal in the first phase and was subsequently shortlisted to participate in the second phase of the Challenge.

At the final of the District Assembly category of the Challenge held in Accra on Wednesday, July 24, 2019, Kwahu East emerged second and has taken hold of a cash prize of a staggering £150,000 to be used to fund various projects that will improve sanitation.

In an interview with Hon Isaac Agyapong, he revealed that they educated their constituents to get their household toilet facility.

In addition, they constructed a water closet toilet facility at Nkwatia and renovated Kwahu Tafo public toilet in order to reduce open defecation in Kwahu East.

“We also helped individuals to construct Biodigestor toilet facility in their household from the district purse” he shared.

“Going forward the Assembly will continue to help the poor households to construct their own toilet facility in order to reduce open defecation in the district”, he noted.

The Sanitation Challenge for Ghana helps Metropolitan, Municipal, and District Assemblies in Ghana to team up with their citizens, innovators, and solvers to design and implement liquid waste management strategies to transform the livelihoods of Ghana’s urban centers. 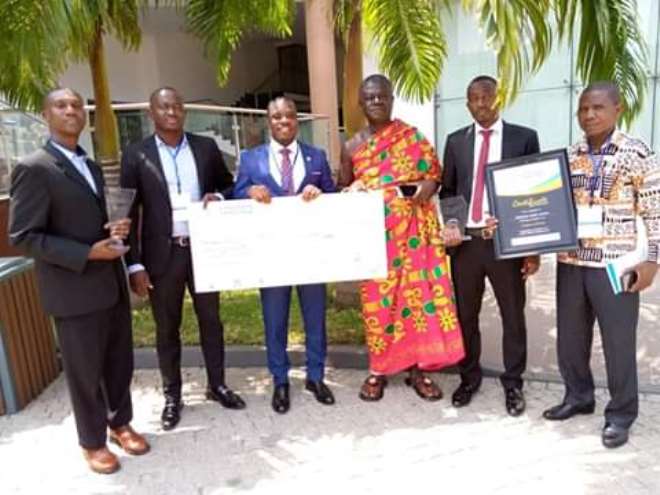 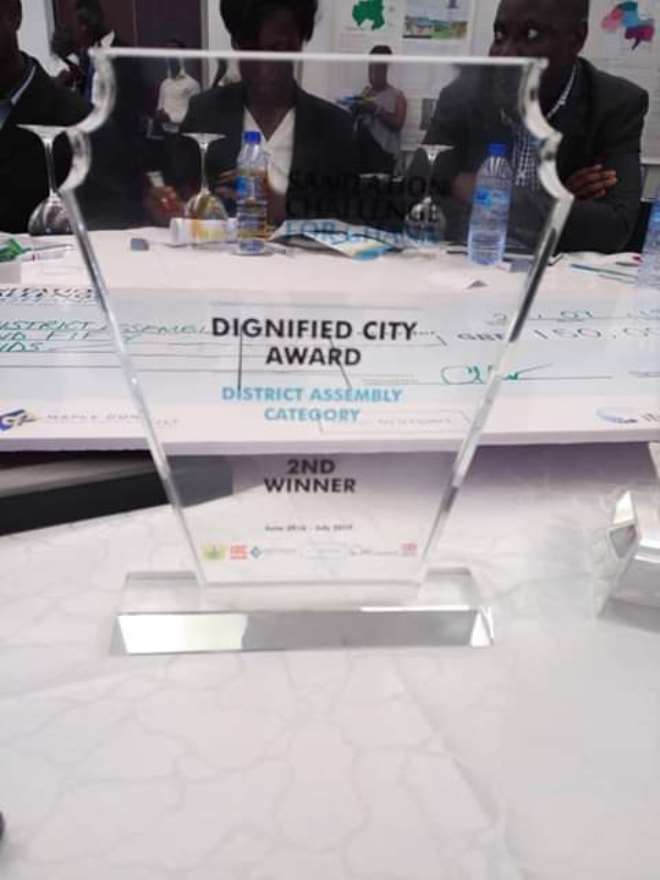