The very competitive contest could be described as teamwork from the two Koforidua based schools to sink the Kumasi competitors.

However, after that was achieved, only one school could qualify and KSTS wasted no time to dump Pope Johns like a used toy. 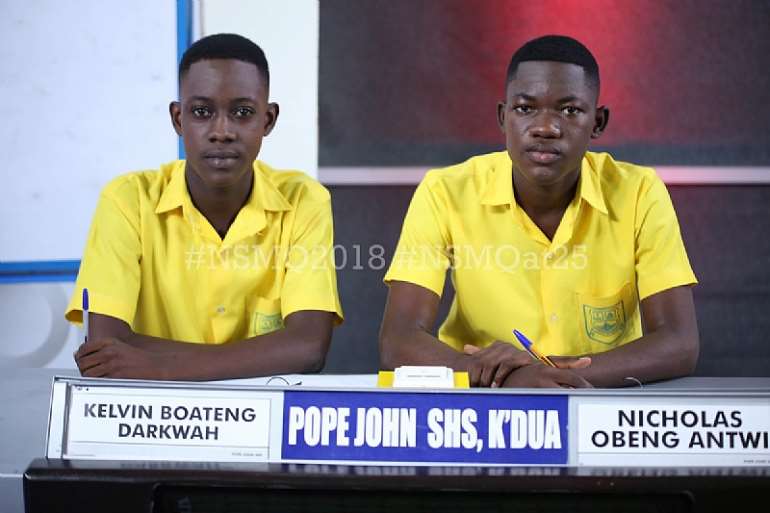 The iconic black and yellow boys [Pope Johns] took a quick lead in Round One with 13 points while the Ashanti based T.I. AMASS were at their heels two points behind. KSTS following with nine points.

After the speed race, however, Pope Johns decided to hand over their spot to their Koforidua counterparts, leaving them trailing with 12 points, T.I. AMASS with 14 and KSTS now in the lead with 16 points. 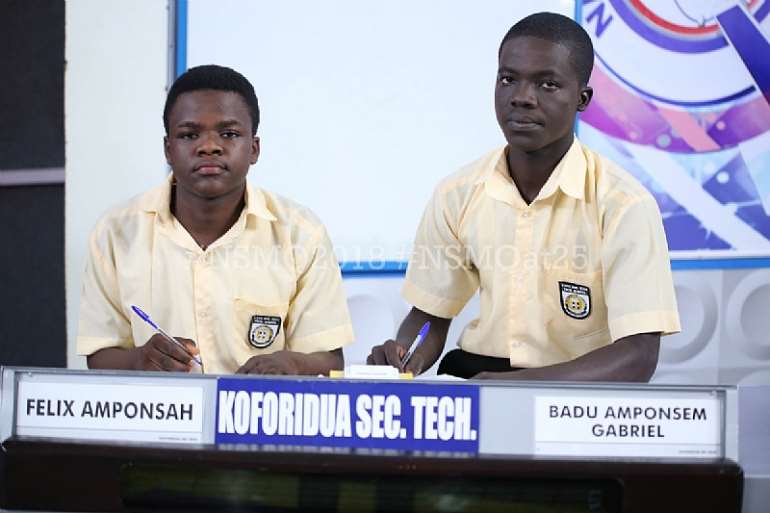 After a poor performance in the Problem of the Day, T.I. AMASS could no longer separate the two Koforidua-based schools as four out of 10 points from KSTS and six points from Pope Johns put them in first and second position respectively. A single point from T.I. AMASS saw them lag behind.

The True or False round brought no redemption to seeded T.I. AMASS as 10 points gathered was not enough to stop KSTS who pulled further ahead with 16 points and Pope Johns following closely, also picking 10 points. 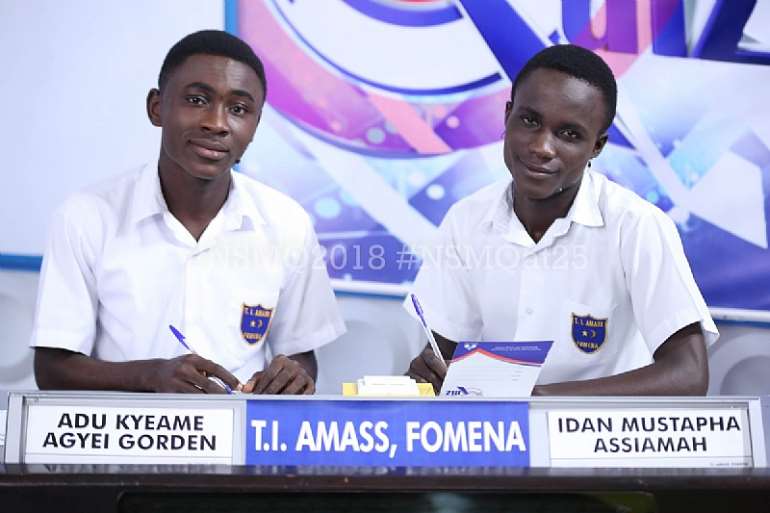 The Round Four ended with KSTS leading with 36 points and Pope Johns with 28 points and T.I. AMASS following with 25 points, making it anyone’s game with an available 20 points to pick up.

The story, however, didn’t change with T.I. failing to pick up points and Pope Johns picking only three and KSTS picking three to kill PJ’s hope of a redemption.