In his opening address, chairman Yim Do Jae of NUACAC, recitation of Declaration of Independence, 1919, drew intense applause from the gathering.

It was followed by documentary videos and stage performances by school children.

Historical Background
In 1910, Korea was invaded by Japan in and went through colonial rule for 35 years.

The Declaration of Independence on March 1, 1919 marked the start of Korea’s resolution to become an independent sovereign nation and fight for their rights against Japanese millitary occupation. After the dropping of nuclear bombs in Hiroshima and Nagasaki in Japan by the US Army, followed immediately by Japan’s unconditional surrender which ended the Second World War led to the full liberation of Korea from Japan.

The March 1, Movement on its own did not immediately lead to the independence of Korea, but the people of Korea made it clearly known to the Japanese occupation that Korea would not agree to the colonization rule.

Chairman Yim Do Jae pointed out a few historical importance of the March 1 Movement saying, “Following the recitation of the Declaration of Independence signed by 33 national leaders at noon, March 1, 1919, 1,512 separate demonstrations sparked off in Korea over a two months period till the end of May.

“Over two million Koreans, a tenth of total population, took to the streets, demanding end of Japanese occupation and the right to a sovereign nation.

“This revolution deserves two special recognitions in history as they were led voluntarily by the people across of all classes, sex, age and religion and the use of non-violent means to deliver their message to the Japanese was their doctrine.

“It marked a new era of people taking on the faith of their nation in their own hands. Arguably the spirit of March 1 movement played a fundamental role to the eventual birth of democracy in Korea and hence, the name The Republic of Korea, in place of the former Korean Empire under the late Lee Dynasty.”

“History of Korea shares a striking resemblance with Ghana. We were once both under foreign occupation and our forefathers both fought for our freedom and right. “Through their sacred sacrifices and excellent leadership, we are both here today as proud citizens of two soverign nations, Ghana and Korea.

“For the past 36 years I have grown up and lived in Ghana, this our common historical background, I had a special intimacy about this my second country Ghana and all the people of Ghana.”

He added “We are here celebrating our March 1, Movement. I wish to point out to you that the spirit of Korea’s March 1 Movement is not about violence, protest and revenge. ” It teaches us how one can understand and live along with another in a peaceful and mutually beneficial way. True understanding comes from appreciating and respecting one another’s culture and the different ways of life.

‘This is the only righteous path through which every men and women all across different nations can live in peace and harmony. “

He indicated that “We study history to cherish our past successes and correct our past mistakes. Our March 1, Movement also teaches us that It is through establishing proper documentation and acceptance of our past, that one can learn and gain the wisdom to prosper in peace in our future.

“Today, as Ghana mark its 62nd Independence Day, we as Korean residents in Ghana cherish and cheer this great memorable day with you. Let us now become in the global stage and make our forefathers proud.”

Dr Amoah in his speech stated ” It is worth revealing that on November 4, 1977, Ghana and Korea established formal diplomatic relations. CAS marked the 40 year anniversary diplomatic relationship between the two countries with highly successful conference.

” Ghana and Korea share special commonalities. Colonization marked the history of our two countries, leaving bitter and painful memories. March 1, 1919, recalls the day Korea patriots decided to throw off the yoke of Japan colonization in order to forge a dignified independent path for Korea national transformation. “

He added “Looking back over the course of the last 100 years, the Samil Movement has proved worthy of its name.” 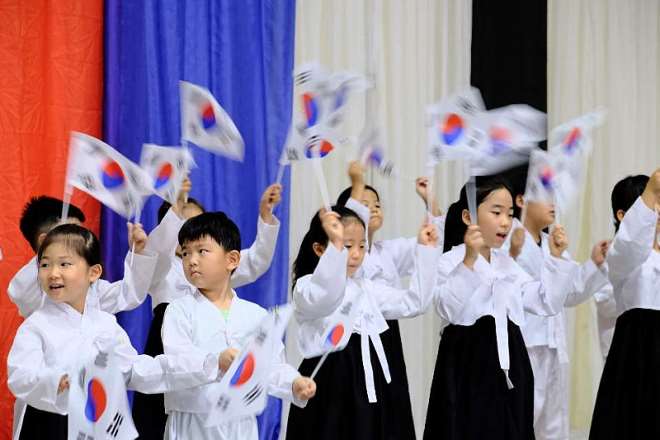 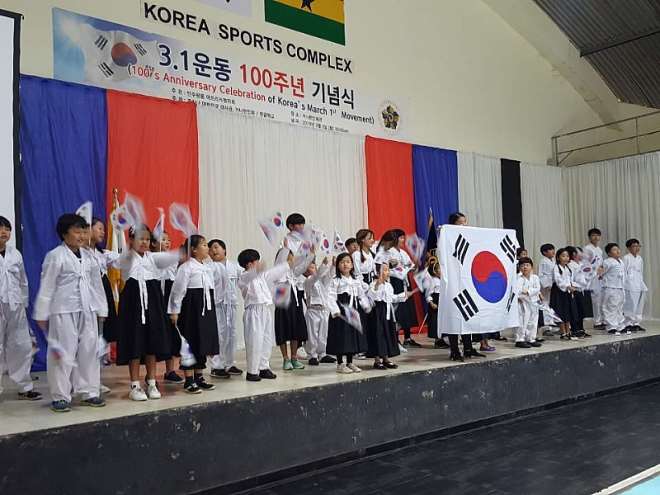 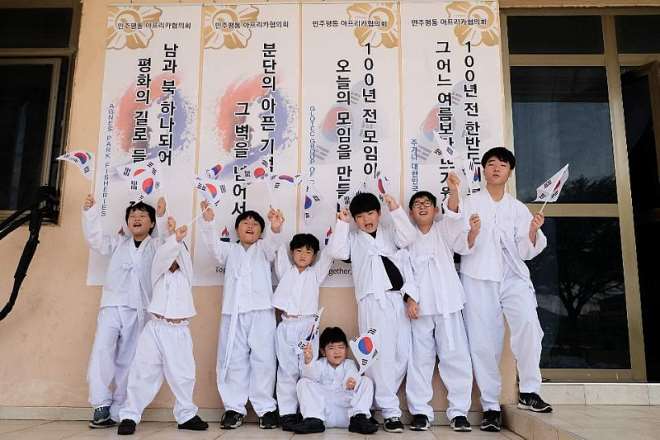