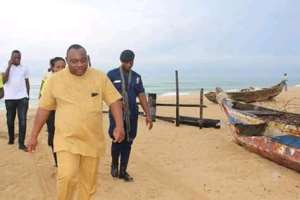 Barely a week after the closed season on fishing began, the Municipal Chief Executive of the Keta Municipal Assembly, Hon. Godwin Edudzi Effah toured the Keta beach on Wednesday, to monitor events at the beach and to ensure strict compliance with the ban.

The MCE was in the company of the leadership of the fisherfolk and security personnel.

Although fishing is the major occupation of a substantial number of residents within the Municipality, the usually crowded beaches of Keta were empty with little or no human activities.

Mr. Seth Agbo, the Chief fisherman, expressed happiness over the adherence to the order by his colleagues, noting that there was sufficient sensitization prior to the enforcement of the ban.

“Let me first of all say that I’m very happy that my people are strictly observing the closed season. I believe we did sufficient sensitization prior to the commencement of the ban and that is the reason why the beach is empty”, he said.

He noted that being part of the consultative committee that came up with the recommendations regarding the closed season, he believes that the closed season is the only way that the fishes in the sea sub-sector could be replenished.

“Though we are out of job and feels the ban is inconvenient, we understand the significance of the ban and most importantly the need to replenish the overexploited sea. At some point, our catches keep reducing and so we accept the ban for good.

He added further that women who buy stock from them have equally prepared themselves for the ban thus, have preserved sufficient fish in order to remain in business during the season.

The Municipal Chief Executive, Hon. Godwin Edudzi Effah after the tour, told journalists at the Aborigines beach that it is his resolve that fisherfolk in the Municipality, strictly observe the ban.

He assured that fisherfolk within the area would have no course to breach the ban, since they were consulted and made to understand the need to enforce the ban.

“I believe our people -fishermen, would have no reason to flout the order because they were consulted and given enough time to prepare themselves in readiness of the closed season. We told the women to also preserve their catches and a substantial number of them have done just that’, he said.

The MCE believes that there are other avenues the ‘idle’ fisherfolk could get themselves engaged to make ends meet.

“There is no ban on the lagoon, and it’s obvious a number of them have shifted to fishing in the lagoon. I want to encourage them to keep themselves engaged within the period by either going to the lagoon or shift to salt mining”.

The closed season on fishing is an initiative by the Ministry of Fisheries and Aquaculture in collaboration with the Fisheries Commission, aimed at replenishing fish stock in the overly exploited sea. The ban which took effect on Wednesday 15th May, is expected to last till June 15 for inshore and artisanal fishermen. 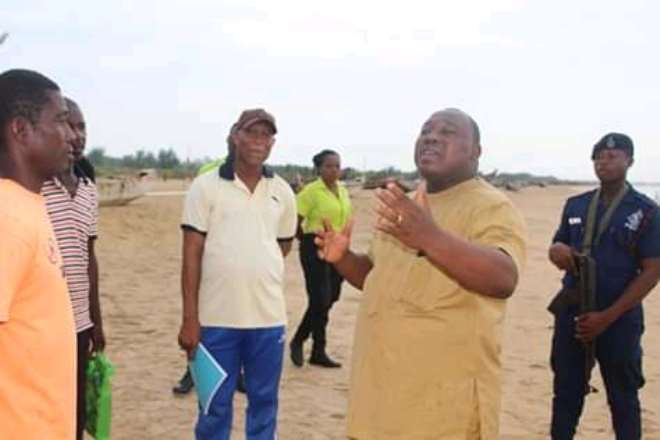 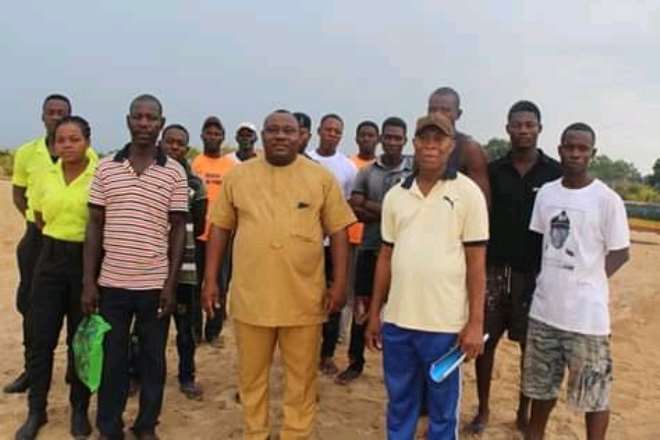