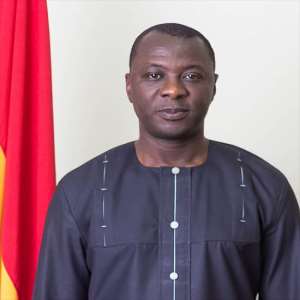 Dr. Mohammed Amin Adam has been tipped as the most credible and decisively potential winner of the Karaga seat in the Northern Region in 2020.

The seat is currently being occupied by the opposition National Democratic Congress (NDC) but, ahead of the parliamentary primaries of the governing New Patriotic Party (NPP), a political heavyweight in the person of Dr. Mohammed Amin Adam has expressed interest in contesting the seat.

Though the party will open nomination, announce specific date and time for the internal contest among potential candidates jostling for various seats especially in orphan constituencies across the country ahead of the 2020 polls, Karaga NPP members say will obviously generate attention due to the stature of the economist.

NPP believes the Karaga seat has been penciled down by the party as one of the Constituencies in the Northern Region being targeted and Dr. Mohammed Amin Adam with his impeccable track record will win the seat hands down.

Consequently, the Former Chairman of Kumbungu Constituency Alhaji Issahaku Jamal known popularly as Chairman Orlando has endorsed the candidature of the Deputy Minister of Energy (with responsibility for the petroleum sector).

Speaking in an interview with Daniel Kaku, he said Ghana’s maturing Parliament requires experienced hands, and therefore Dr. Amin Adam will not only serve the ultimate interest of Karaga if he wins and eventually becomes a lawmaker but will succeed through his influence to attract investment into the Karaga area and Northern Region.

“He was the Founder and Executive Director of the Africa Centre for Energy Policy (ACEP) and previously worked in other public and private organizations as – an Energy Policy Analyst at the Ministry of Energy in Ghana”, he said.

“Don’t also forget that he served as Commissioner of Ghana’s Public Utilities Regulatory Commission (PURC) and was former Deputy Minister of State for the Northern Region; and former Mayor of Ghana’s fastest growing city of Tamale”, he added.

“His experience in public service has positioned him right to take up the challenge as an MP. He can occupy any position in this country, and therefore becoming an MP, will just be a tip of the iceberg”, Alhaji Chairman Orlando emphasized.

Considering his pedigree, Alhaji Orlando said the contribution of Dr. Mohammed Amin Adam to national development has placed him above all candidates eyeing the Karaga seat including the incumbent Member of Parliament Alhassan Sualihu Dandawa

He explained that the Chiefs and people of Karaga will, therefore, gain unfettered national attention, enjoy true leadership, attract development following the election of Dr. Mohammed Amin Adam as an MP of Karaga in 2020.

He believes the charismatic politician has achieved enough in his public life and has earned national and global recognition when he worked extensively in the extractive industries and resource management.

“He has served on several international advisory boards and will apply his network and international connections to support the development of Karaga, that is why the party must rally behind his candidature, his support in the constituency must rise above partisan consideration”, he revealed.

He has played advisory roles to a number of private sector operators in Ghana – as Chairman of Frontier Energy Africa Limited; Member of the Board of Ghana’s first private oil and gas mutual fund – the Weston Oil and Gas Fund; and Member of Zoil Oil Waste Services which is providing offshore waste management services in Ghana’s oil industry.

Dr. Adam holds a Ph.D. In Petroleum Economics from CEPMLP of the University of Dundee in the UK specializing in petroleum fiscal systems and contracts, fiscal policy in resource-led economies; and resource governance.

He also holds an MPhil (Economics) and B.A. (Hons) Economics from the University of Cape Coast; is a Fellow of the Institute of Certified Economists.