Kandifo Institute, an economic, governance, and leadership think tank based in Accra, on Thursday held the maiden edition of its Leadership training series dubbed the LEADERSHIP HIVE.

The event, which was held at its Head Office at West Legon in Accra, is a monthly series aimed at grooming and nurturing students, start-up CEOs, NGO workers, leaders of institutions, entrepreneurs to become the next generation of great leaders.

The program drew students from various tertiary institutions in Accra including GIJ, Pentecost University College, AUCC among others. Participants were also given certificates of participation. 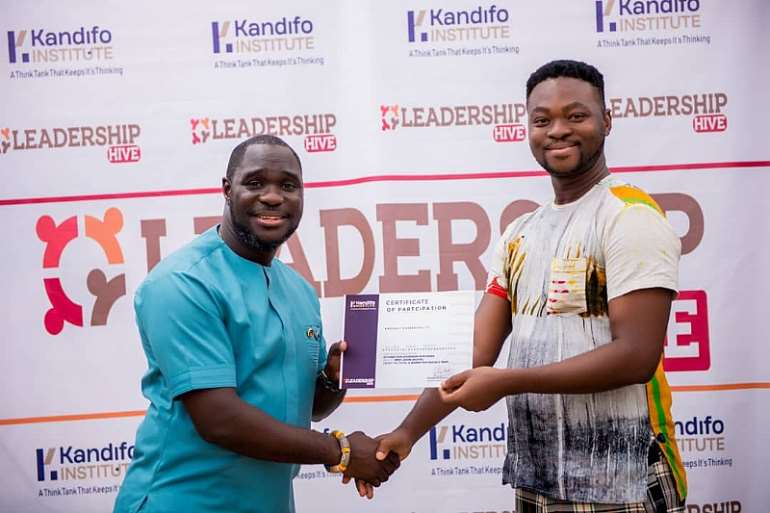 At the end of the day, participants gained insights into the understanding of the four different DISC styles of Leadership, assessing what dominant behavioural traits are as well as developing one’s ability to bring out the best in other people and building a solid team for success.

Kandifo Institute was conceptualized and founded on 8th August 2019 as a think tank that provides analytical influence to create a new value system based upon the already existing tradition to foster a new paradigm to respond to the leadership of the country, economic policy demands and intellectual governance.

According to Mr. Palgrave Boakye-Danquah, Executive Director of Kandifo Institute, during an interaction with the press, Ghana needs a new order and a paradigm shift in leadership and his outfit has been spearheading that.

He went on to add that this is an impactful, resourceful, challenging and transformative monthly Leadership series that is meant to educate and challenge people’s thoughts on how to be transformational leaders.

“We believe that we need STRONG LEADERS who are EQUIPPED adequately for the challenges of the 21st Century Global Market. This is why we have pioneered the monthly Leadership Hive with Kandifo Institute,” he said.

He mentioned….“I believe that leaders make the world go round, I’m sure we’ve heard it over and over again that everything rises and falls on leaders and myself as a John Maxwell Trainer and Coach, I accredit that leadership has a DNA. It is just like the XX and XY Chromosome. This 21st Century demands leaders who are adequately equipped so that when responsibilities are given to them, they can adequately execute those responsibilities,” Palgrave Boakye-Danquah emphasised.

Touching on the paradigm shift to effect critical change in leadership, he posited that it is a gradual process and we shall surely get there.

“We have had the best of leaders all around the world; In Ghana we’ve had the best of leaders, because we run a democracy and people vote these leaders into office; Those people who vote represent the majority of the country; and I believe that as Ghanaians gradually become discerning, they will realise that they need a certain kind of leader and when that day comes I believe we will have that paradigm shift we all yearn for. If your actions inspire others to dream more, learn more, do more and become more, you are a leader. Innovation distinguishes between a leader and a follower.”

The prime objective of the Kandifo Institute includes to provide avenue and mentors for grooming prospective young people in the ideals and values of the already existing tradition and drive home the conservative ideology.

Also, to undertake critical research in the areas of Leadership, Economic Policy, and Governance to initiate pertinent development discourse; Communicate the ideals of freedom in prosperity predicated on factual analysis and sound intellectual debate.

The institute is also seeking to mobilize resources (expertise and funds) to undertake specific promotional activities for areas of governance Leadership and Economic Policy. 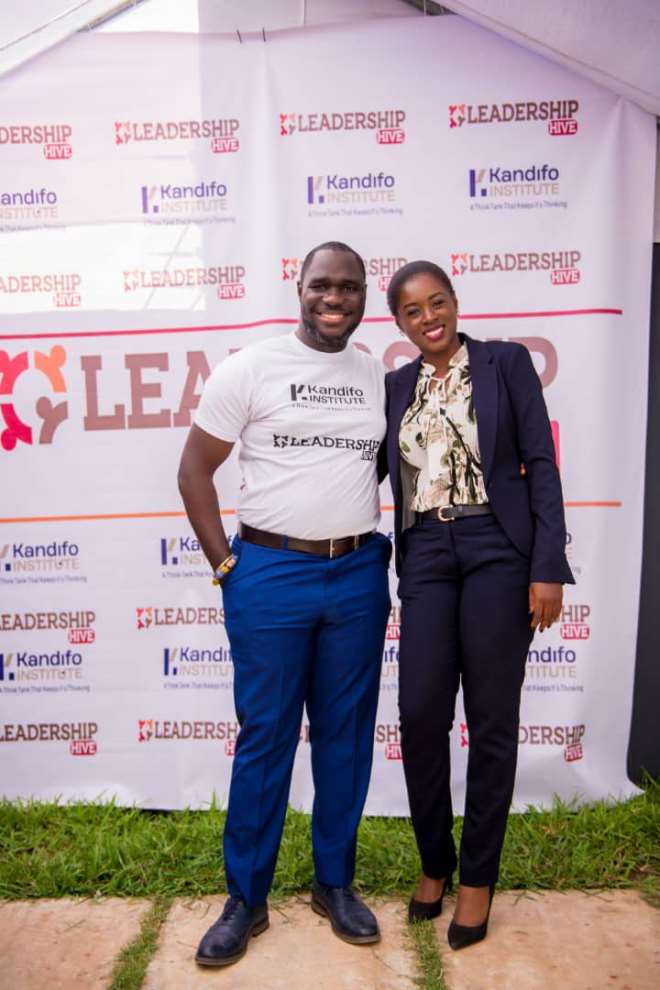 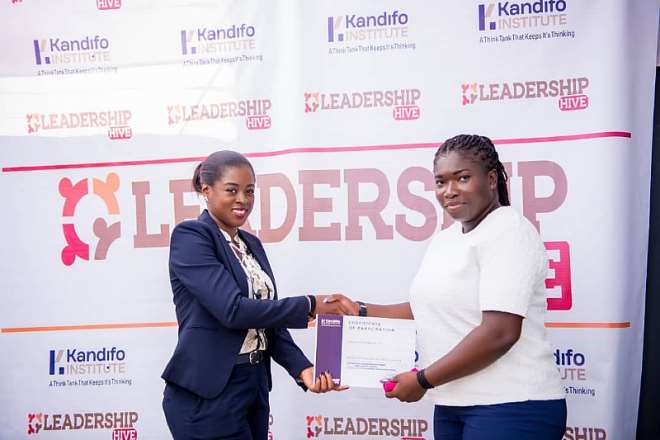 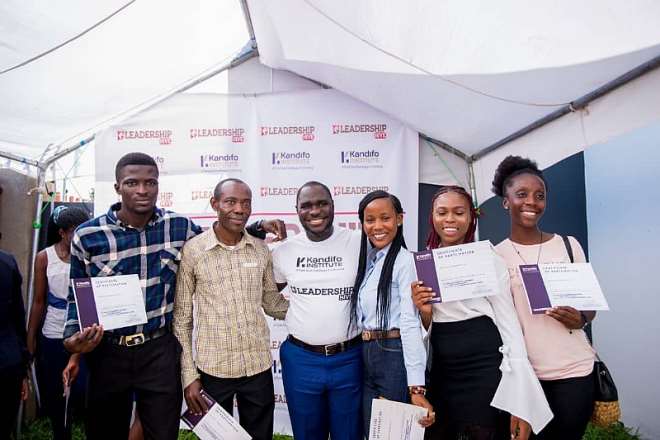 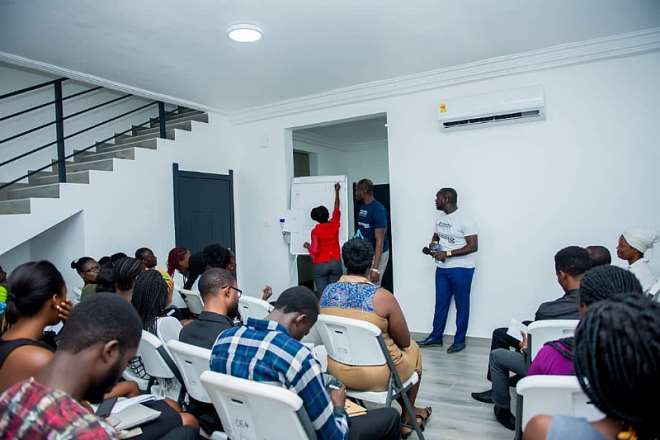 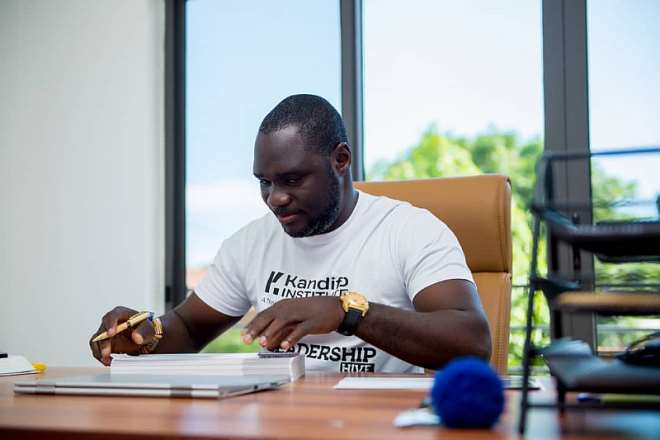 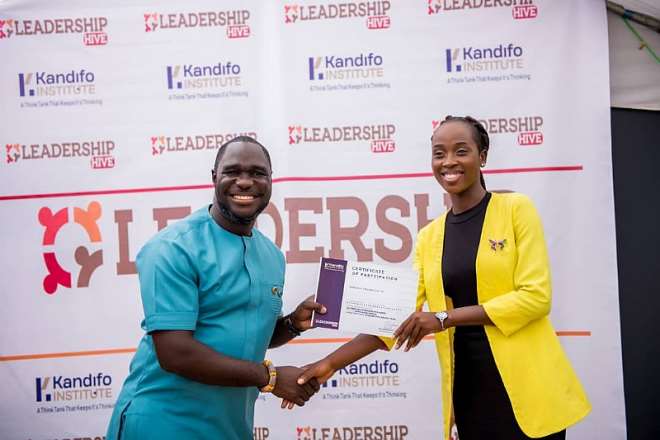 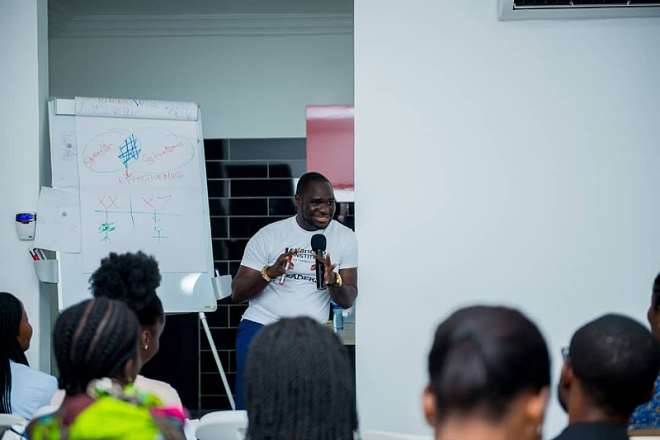 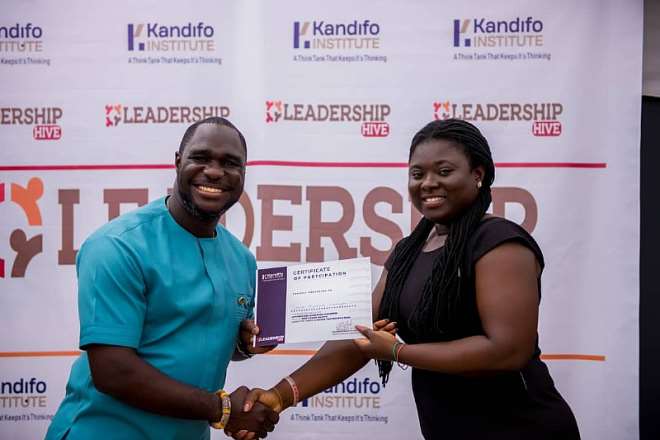