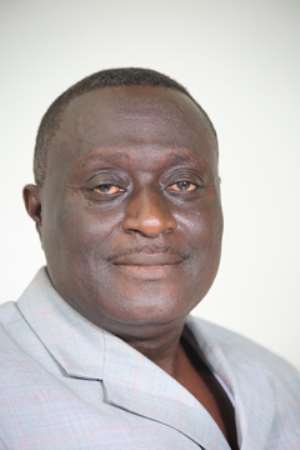 Mr. Yaw Afful, the Member of Parliament (MP) for Jaman South in the Bono Region at the weekend installed over 200 streetlights to improve the security situation in three towns in the constituency.

Speaking to the host of Jaman Anopa Bosuo on Jaman Radio Alhassan Bin Jibril Spelele, Mr. Afful who is the Deputy Minister of Aviation, noted that street lighting was an essential public service that provided a safer environment at night to residents and commuters.

He said beside crime reduction, good lighting systems had the potential to eliminate nighttime crashes, aid Police protection and an enhanced sense of personal security in rural communities.

The MP said that he was determined to ensure that all their immediate needs were addressed, and advised Assembly Members in the constituency to endeavour to interact regularly with the people to identify their socio-economic challenges.

Mr. Yaw Afful assured the communities that he would do his part and continue to lobby for local and international support to improve on development and enhance the socio-economic livelihoods of the people.

However, residents of the three communities have hailed the MP for this long-awaited gesture.

Some of the residents who called into the morning show said the non-functioning and lack of adequate lights at night had given rise to poor living conditions and as a result, street crimes and other social vices were common in the towns and thanked the MP for his commitment towards the holistic development of communities in the constituency.

Meanwhile, residents pleaded on the mp to as a matter of urgency use his lobbying skills to make sure all the bad roads in the constituency are addressed.

The MP, however, indicated that all the roads would be addressed as some contractors are getting ready to come to the construction site.