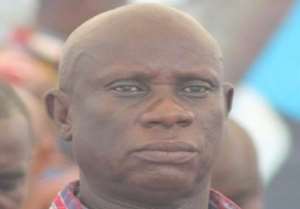 Deputy General Secretary of the New Patriotic Party (NPP), Nana Obiri Boahen has said it is impossible to expunge the indemnity clauses from the constitution.

His comment comes after former President Rawlings addressing a gathering at the Nungua Traditional Park to mark the 40th anniversary of the June 4 uprising of 1979, called for an urgent review of the nation’s constitution to expunge clauses that protect high-level political actors from prosecution and accountability.

But, speaking in an interview with Boamah Darko on Hot FM’s ‘Maakye’, Nana Obiri Boahen stated emphatically that it would be a taboo for any government to touch the indemnity clauses as a move to repeal it.

“It will not be possible, because there are some decided cases that governments passed have gotten away with due to these clauses. Even for Rawlings himself, would have been sent to court for demolishing the hotel of Alhaji Yusif some years ago if not for the transitional provisions.

Even entrenched clauses are not easily made so for transitional provisions, who dares touch it. Which government… It is even a taboo. We can discuss it in the academic circles but to expunge it from the constitution, it is a taboo, a taboo” he stressed.