The family of a 33-year-old man, Isaac Yao Vinepon is appealing to the public to support him with funds to cater for his surgery after he was involved in a ghastly accident in the Volta Region.

Isaac Vinepon was travelling to Peki to attend a funeral when he was caught in the near-fatal accident.

The accident which took place 3 weeks ago has affected Isaac who is unable to fend for himself and his family.

Isaac had his head pierced with a metallic object from the car he was travelling in thus affecting his skull.

His family say doctors have described his situation as ‘miraculous.’

Doctors at the Korle-Bu teaching hospital say Isaac will need an amount of GHc26,000 to successfully complete the surgery.

Isaac’s brother, Moses Vinepon said they were able to raise an amount of about 9,000 cedis to take care of the initial costs but are hard-pressed for the remaining cost for the surgery.

“We are calling on whoever is touched by our brother’s story to come to our aid to help us take care of his hospital bills. Thankfully there is no internal bleeding and his sanity is intact. But the doctors say, if two other surgeries are not conducted early enough, it could affect him,” Moses said.

Isaac, until the accident, was a national service person at the Dzolo E.P school in the Volta Region.

He was an alumnus of the GOVCO Training school in Peki. 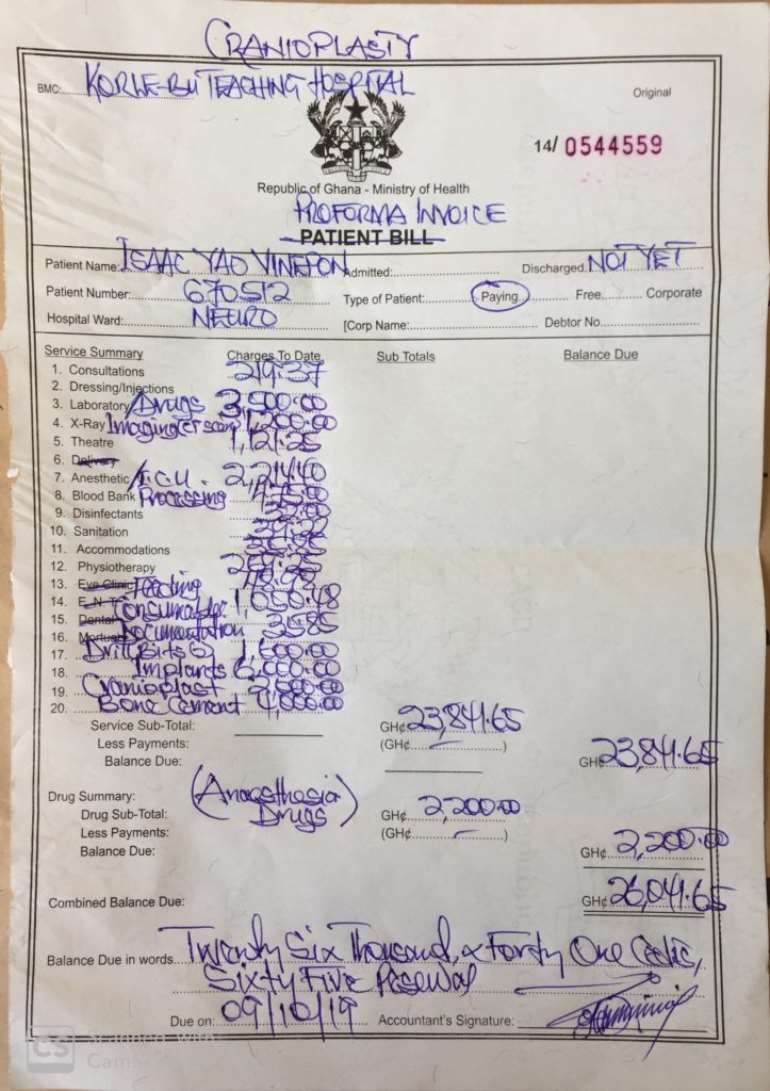