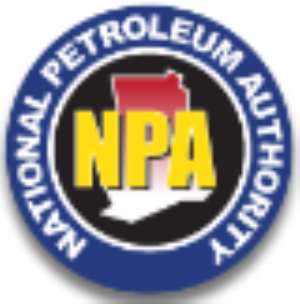 A Judge sitting in the Human Rights court, on Friday 27th July, 2018, dismissed an application for interim injunction brought against the National Petroleum Authority (NPA) by the Ghana LPG Operators Association (GLiPGOA) & Togbi Adaku V. The Applicants filed an application in the said court praying for a declaration that the Cylinder Recirculation Model Policy (CRM) is inconsistent with the National Petroleum Authority Act, 2005 (Act 691), is illegal, and contrary to Article 23 of the 1992 Constitution of Ghana. The Applicants, in addition, filed an application for interim injunction to restrain the NPA from implementing the CRM Policy until such time as the court determines the substantive suit.

Counsel for the Applicants further contended that the implementation of the CRM Policy by the NPA will indirectly revoke, and in some instances limit, the scope of those licenses; and that the NPA could not use a policy to amend the NPA Act, as such was in breach of Article 23 of the 1992 Constitution.

He further argued that the Applicants would suffer irreparable damage that could not be adequately compensated, should the court fail to uphold the application for injunction.

In response, Lead Counsel for the NPA, Mr Ace Anan Ankomah, opposed the application and submitted that the Applicants have failed to demonstrate that the rights that they seek to protect exists, and this was confirmed by their failure to exhibit any licenses granted them by the NPA. He submitted that the Applicants are not licensed by the NPA to engage in the retail of LPG, therefore the argument that implementation of the CRM Policy would revoke their licenses is not based on a true and proper interpretation of the NPA Act.

Ace Ankomah reiterated that the Applicants will continue to operate as contractors of LPG Marketers and would continue to engage in the retail of LPG products and assured the court that only the mode of sale is being reformed under the CRM Policy.

Ace Ankomah further submitted that NPA is exercising a statutory duty conferred upon it, and that if the injunction application is granted, the NPA would be prohibited from engaging in any stakeholder consultations to fashion out the CRM Policy and will bring its statutory functions to a halt. He informed the court that whilst the CRM Policy was grounded on the need to enhance public safety in LPG operations, the sole interest of the Applicants in filing this application was financial gain at the expense of public safety, and therefore prayed the court to dismiss the application.

The judge concluded by holding that the Applicants’ fear toward the implementation of the Policy was based on financial considerations; but that in the event that the substantive matter succeeds in their favour, they could be adequately compensated, whereas the NPA who was acting under public safety considerations would not be.