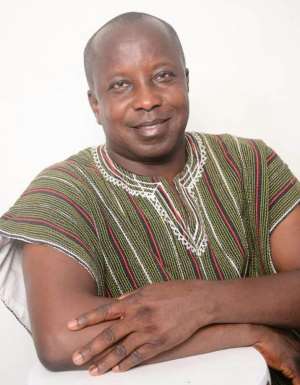 The Deputy Ashanti Regional Secretary of the National Democratic Congress (NDC), Mathew Kojo Njourkone has responded to the claim by Hajia Samira at Kumasi- Atonsu that ‘ NPP government solved the Dumsor crisis’.

Mr. Njourkone debunked that statement as palpable falsehood and deceit and should be ignored by all.

According to Njourkone, the energy crisis came about as a result of low water levels in the dams of the Hydro power plants which provide much of the electricity in the country.

He recalled that such power crises were nothing new and that governments since the beginning of the 4th Republic suffered the phenomenon as it occurred in 1998-2000 (under Jerry Rawlings), in 2006-2007 (under Kuffour) and in 2012-2015 (under Mills/Mahama).

The Deputy Ashanti Regional Secretary continued that, in the face of this crisis , H.E John Dramani Mahama made categorical policy declaration, in his State of the Nation Address to Parliament in February of 2015, that he does not want to manage the problem, as has been the case in the past, but rather was working to “fix” the problem, once and for all.

Indeed, to this end, H.E Mahama took specific steps to resolve the shortfall in power supplies. These actions included:

(a) Embarkation on energy conservation and energy efficiency measures

(b) bringing into the country emergency power generating plants (470 MW Karpowership and 250 MW AMERI: both in 2015),

(c) Accelerating the construction of new power plants (Kpone Thermal Power Plant, etc) in tandem with the expedited construction of the gas processing plant at Atuabo to produce indigenous lean gas for onward supply to the thermal plants at Aboadze.

Furthermore, per Former President Mahama’s own initiative, again as presented to Parliament in February 2015, initiated a massive NATIONAL ROOFTOP SOLAR PV PROGRAMME to retrofit 200,000 rooftops in the country with solar panels. The results of this programme is already shaving off several MWs power.

The Mahama led – NDC government also in 2013 inaugurated 2.5 MW solar plant in Navrongo and further facilitated the construction of a 20 MW Solar PV Power Plant by BXC company of China at Gomoa Onyeadze, near Winneba. This plant, at the time of its construction, was the largest grid-connected solar power plant in the whole of the West African sub-region and has been supplying clean, reliable power into the National grid before and after the coming into existence of the NPP government.

In fact these impressive achievements added much megawatts to address the shortfall in electricity supply that caused frequent power outages call Dum-sor.

Although these facts are known to many people including the Vice President, Mr Bawumia who acknowledged this feat in a statement that “Mahama caused Dumsor, so if he has solved it, it’s no big deal”, H.E Bawumia’s wife, Hajia Samira and some others who think same about Dumsor turn to misinform the public either out of ignorance or mischief.

“In fact , by the time we (the NDC) left office, we handed over a ‘Dumsor Free State’ to the NPP administration and we must all help spread this truth to dispel the misinformation going round”. Njourkone emphasized.

He further explained that, as Former President Mahama intended it, the current installed electricity generation capacity exceed peak demand and indeed, the tactical investment efforts by the NDC government has led to Ghana finally becoming a net exporter of power, as President Akufo Addo gleefully boasted in his meeting with the IMF boss, on her recent visit.

“I challenge Hajia Samira Bawumia and the NPP government to come out and tell Ghanaians what specific steps or investments they have made in the Power sub-sector since they took over the administration of this country that supports their claim to have resolved the crisis”. He stated

Mr. Njourkone recalled that when the last NPP administration, under Former President John Agyekum Kuffour, was confronted with a dum-sor situation, the government assembled prayer worriors from different churches at the dam site at Akosombo to pray and command the rains from the heavens to fill the dam. Some people considered this approach a bizarre. We as a party do not discount the importance of prayer which almost every Ghanaian does always. However in addition to our daily prayers, a pragmatic technogical path was also used by the NDC to address the crisis.

The Deputy Secretary noted that, the NPP condemned the detailed electricity supply arrangements of the NDC which now contribute tremendously to the country’s electricity supply and even carried out investigations on AMERI to find fault to embarrass the Mahama-led NDC administration but failed because the deals were faultless.

Shamefully, they rather under the guise of investigation sought to benefit several billions of dollars from the, otherwise, “sound investment” (per the scrutiny of their own Attorney General) which resulted in the dismissal of the disgraced former Energy Minister, Mr. Agyarko by a “misled” President Akufo-Addo.

“It is therefore ridiculous for Hajia Samira Bawumia and the NPP to now want to take credit for a ‘Dumsor Free achievement’ which they condemned and frustrated the process that led to it’s manifestation: why do they want to reap where they have not sowed ? He asked rhetorically.

Njourkone further said, it is an irony for Hajia Samira to accuse NDC of economic mismanagement and judge the NPP as better managers of the economy when banks, businesses and other institutions are crushing: fuel prices are skyrocketing: and the cedi is plunging against major currencies.

He continued that, the hardship, corruption, nepotism and the misuse of public funds is acknowledged by all including prominent members of the ruling NPP government.

The Deputy Secretary further stated that, it is empirically inconceivable for Hajia Samira Bawumia to accuse the NDC of economic mismanagement when economic conditions including prices of goods and exchange rates were much better during the NDC era than under the current NPP government.

He emphasised that the viable projects undertaken by the NDC are all over including the New Kumasi – Atonsu market where Hajia Samira addressed traders and attacked the NDC. The NPP have nothing viable to show with their huge amount borrowed. The traders know this truth and understand the mischief of Hajia Samira Bawumia.

“The NPP lied to power and will want to lie to keep themselves in power. Ghanaians are wide-awake. You can’t deceive us twice. The thumb will talk come 2020,” he concluded.