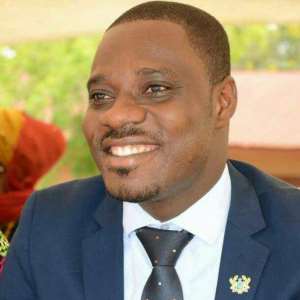 The DCE has recently been accused of labelling the residents of Anyinasu as armed robbers in an audio recording being circulated on social media. But in an exclusive interview with Modernghana.com, Mr. Isaac Agyapong has clarified that the audio recording being circulated on social media platforms is not him. According to him, he has never said anywhere that the people of Anyinasu are robbers.

“I have never said anywhere that the residents of Anyinasu, a suburb of Sempoa in Kwahu East District are armed robbers, neither have they complained to me of any security operation in the area going sour. I have also not called for their arrest”, he said.

He observed that Security men have been deployed to the Kwahu enclave in recent times to clamp down on notorious armed robbers who have been terrorizing market women and residents within the area.

Hence security Personnel were there on their routine operations based on intelligence gathered. This he said is purely a security issue.

Information gathered is that the police through their operation has retrieved fourteen (14) assorted guns which are suspected to be unlicensed and over 30 bags of weeds suspected to be Indian hemp.

DCE Isaac Agyapong has therefore urged all, especially the residents of Anyinasu to keep calm whiles the police complete their investigations.