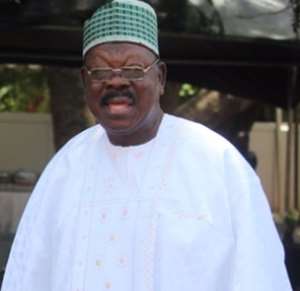 The Chairman of the Ghana Hajj Board, Sheikh I.C Quaye has donated an amount of 1,200 Riyals, 400 US Dollars equivalent, to an aged woman who was left stranded by her guide who was paid to take care of her through the hajj pilgrimage.

Alhaji Tamimu Gado, who made the presentation on behalf of Sheikh I. C Quaye to the old woman at her hotel room in Makkah – Saudi Arabia, revealed that the matter was reported to them when the communication team went round to ascertain the living conditions of Pilgrims in Madina.

He said one Hajiya Mariam Gado, a good samaritan confronted him with the sad story of the old lady, adding that several announcements were made to get in touch with the supposed guide but yielded no results as the said guide was nowhere to be found.

This , according to him compelled the Hajj Board Chairman to intervene by providing the old lady with the necessary things to make living comfortable for her.

“After performing all the rituals, the Hajj Board Chairman out of his own will decided to support the old lady with money to enable her buy items for herself and other things she may need which include veils and cloths ” he noted.

According to him the old lady was too concerned to put on a golden teeth which to her will signify that she has embarked on Hajj Pilgrimage, this , the Board ensured that her wish was fulfilled.

Alhaji Tamimu Gado assured that the Hajj Board will put measures in place to ensure that such sad and barbaric incident will never occur again and advised people who pay Hajj for their old parents to make sure their parents are with genuine people.

On her part, the good samaritan, Hajiya Mariam Gado who received the donation on behalf of the old lady expressed her gratitude to Chairman I. C Quaye and the communication team for their support to the old lady and called on the Hajj Board to put drastic measures in place that will help the aged in performing hajj.