While they appreciate government’s effort at creating jobs for unemployed graduates, they say the Heal Ghana Module is at best discriminatory and at worst counterproductive to the qualified professional nurses.

The programme is expected to provide 100,000 jobs for unemployed graduates under seven major modules including, Feed Ghana, Heal Ghana modules.

Persons who are able to enrol in the programme will be paid an amount of 700.00 cedis per month.

The policy is one of the government’s major vehicles to solving the growing unemployment situation in the country.

Even before the programme will be implemented, officials of the opposition National Democratic Congress have scorned the policy, with some saying the certificates of graduates are worth far more than 700.00 cedis.

However, some professional nurses have hailed the policy but have condemned the Heal Ghana Module.

Richard Osei Yeboah who speaks for the National Health Students Association said the Heal Ghana module will be unfair to persons who will enrol under the NABCO programme. 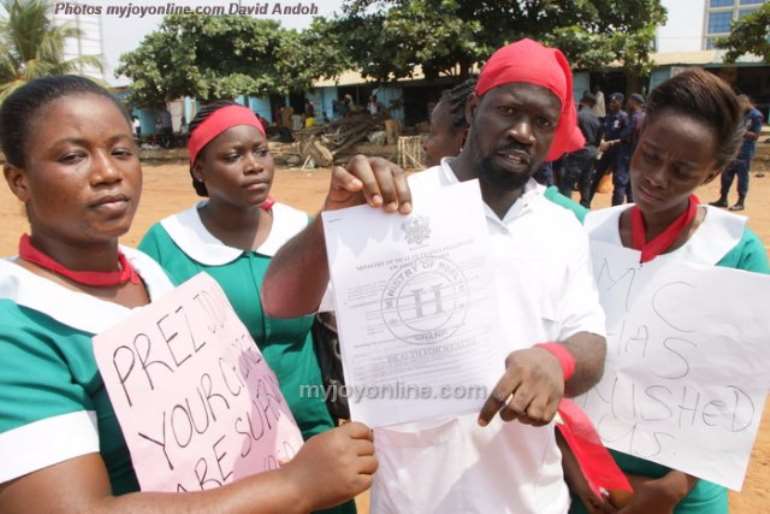 Library Photo: Members of the Coalition of Unemployed Nurses

He explained many of his colleagues are already due for employment and are waiting for financial clearance to be given jobs in the country’s hospitals.

However, they have been told to enlist in the NABCO programme which will only pay them 700 cedis, far lower than the amount they would have been paid if they were to be employed under the Ghana Health Service.

He said the service conditions for nurses employed under NABCO will be far too inferior to their colleagues in the system even though they will be doing the same job with similar qualification.

But the president of the Unemployed Graduates Association, Desmond Bress Biney who was also on Ghana Connect has welcomed the programme in its entirety.

Touting the policy as a brilliant one, Biney said NABCO is a policy that is finding solutions to basic problems in the country.

“Getting 700 is not the best but better than zero,” he said.

Rather than loitering about for lack of jobs, he said “there is dignity in work.”

“When you go to work; you will get some respect,” he added.

Blaisse Daniels who is with the Dynamic youth movement (DYMOG) has however faulted the programme.

The group insists NABCO is not sustainable. 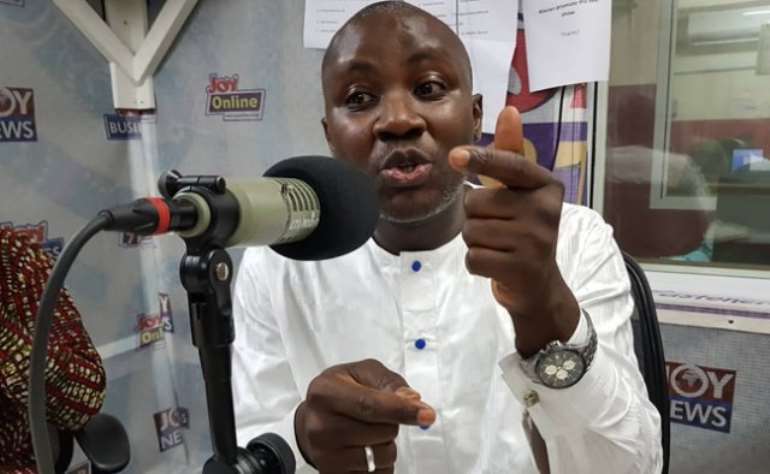 Dr Ibrahim Anyars
Addressing the concerns raised by the youth groups and association representatives, the coordinator of NABCO, Dr Ibrahim Anyars said the policy is a deliberate attempt by the government to pay attention to skills development among graduate youth.

He told the disgruntled nurses, the NABCO is voluntary and not a substitute to their employment projections.

He said persons who are following up on their clearance are not under any obligation to apply for NABCO insisting the clearance will still go on anyway.

He said those who know what it means to be unemployed will gleefully jump at the opportunity to have jobs.

He explained the policy will employ 100,000 graduates and provide them with the necessary skills for a three year period.

Addressing the issue of sustainability, he was convinced government has provided requisite resources to keep the programme going for the next three years.