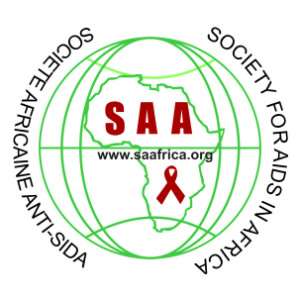 The Society for AIDS in Africa (SAA), has said it is critical to train the next generation of researchers who would contribute to tackling HIV/AIDs and other diseases on the African continent.

The group’s newly-elected president, Professor John Idoko, commended all HIV and AIDS advocacy groups across the continent for collectively attaining a remarkable feat in the fight.

He however noted that in the last decade, new diseases like Ebola and Lassa fever threaten to militate against the fight.

Speaking at the handing over ceremony of the 5th SAA Board to the new SAA Board elect, the newly elected President said there has been a major progress in the last four decade in battling of HIV/AIDS on the continent.

“In the last four decades, we have made a lot of progress; recently there has been a decline in prevalence, and we have put more people on drugs,” he said.

He also noted that there has been a drastic reduction in the mother to child transmission, and that is one thing the society is very happy about.

In 2015, HIV and AIDS Annual Review Report indicated that 76,734 pregnant women attended Antenatal Clinic in the Central region, out of which 61,447, representing 80 percent, took the HIV test, with 585, representing 0.95 percent, testing positive.

In 2014, Ghana’s mother-to-child HIV transmission reduced from 30 percent to nine percent within three years, according to the Ghana AIDS Commission.

The Society for AIDS in Africa was founded in 1989 at the fourth International Symposium on AIDS and Associated Cancers in Africa (now ICASA) held in Marseille, France, by a group of African scientists, activists and advocates in response to the epidemic.