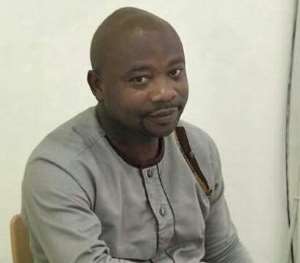 A pressure group calling themselves Coalition of Progressive Assembly Members (COPAM) is accusing local assemblies all around the country of looting state funds through the use of fuel coupons.

They made this accusations earlier today through a press statement they released. They have called on all assembly heads across the country to desist from the act which they find appalling and unacceptable.

According to the Pressure Group, thorough investigations they have carried out into audit reports of most Metropolitan, Municipal and District Assemblies (MMDAs) across the country has led them to discover that some MMDEC’s are looting funds from the MMD’s through fuel coupons.

COPAM has revealed the act of corruption is having a great toll on Assemblies Internally Generated Funds (IGF) at the expense of developmental projects in the various Districts across the country.

COPAM has therefore called on the Auditor General to as a matter of urgency conduct an audit of the fleet of cars owned by each of the MMDAs to get the bottom the issue and bring the perpetrators to book for the laws of this country to deal with them.

Below is the full statement from COPAM:
COALITION OF PROGRESSIVE ASSEMBLY MEMBERS (COPAM)
STOP LOOTING ASSEMBLY FUNDS THROUGH FUEL COUPONS, COPAM TO MMDCEs

COPAMs investigation carried out on the Audit Report of most MMDAs across the country reveals a growing strategy by some MMDCEs to loot funds from the MMDAs through fuel coupons.

This act of corruption is systematically gaining grounds in most of the MMDAs and COPAM is deeply worried about this new method of syphoning monies from the Assemblies coffers.

COPAMs checks further revealed that most MMDCEs have found this singular corrupt act to be the best and safest way to syphon monies from the Assemblies to attend to their personal and political party needs.

This act of corruption is having a great toll on Assemblies Internally Generated Funds (IGF) at the expense of developmental projects in the various Districts across the country.

Owing to the irregular payment of the District Assemblies Common Fund (DACF), all the MMDAs rely on their IGF to undertake some developmental projects in their catchment areas. The directive from the Ministry of Finance for 2018 requires that MMDAs use at least 40% of their IGF to undertake developmental projects to complement the DACF and 60% on Goods and Services, but this is mostly not the case in many of the MMDAs as some of the MMDCEs prefer to spend the chunk of their IGFs on goods and services thereby setting aside the directive to use 40% of IGF for capital projects.

The abuse of the directive by some MMDCEs has created the avenue for many MMDCEs to syphon monies from the Assemblies under the guise of purchasing fuel coupons for the Assemblies fleet of cars.

COPAM can confidently say without any shadow of doubt that the quantum of monies spent by most MMDAs on fuel coupons on a monthly basis cannot be supported by the fleet of cars owned by these Assemblies.

COPAM is therefore calling on the Auditor General to as a matter of urgency conduct an audit of the fleet of cars owned by each of the MMDAs to curtail the wanton dissipation of Assemblies IGFs by many of the MMDCEs to check this corrupt practice so as to channel those stolen monies for developmental projects.