Speaking to the media at a clean-up exercise organized by the Ministry of Inner Cities and Zongo Development at Nima, Alhaji Boniface Abubakar noted that a greater part of the debt was inherited from the previous government.

This he acknowledges is worsening the sanitation situation in communities.

The Environmental Service Providers Association (ESPA), at a recently organized annual meeting lamented the inability of the government to settle the GHÈ»700 million government owes the waste service contractors.

The Minister led various stakeholders in the sanitation sector to clean Zongo communities as part of the “Agenda Clean Zongo” initiative which is aimed at achieving President Akufo-Add’s vision of making Accra a clean city. 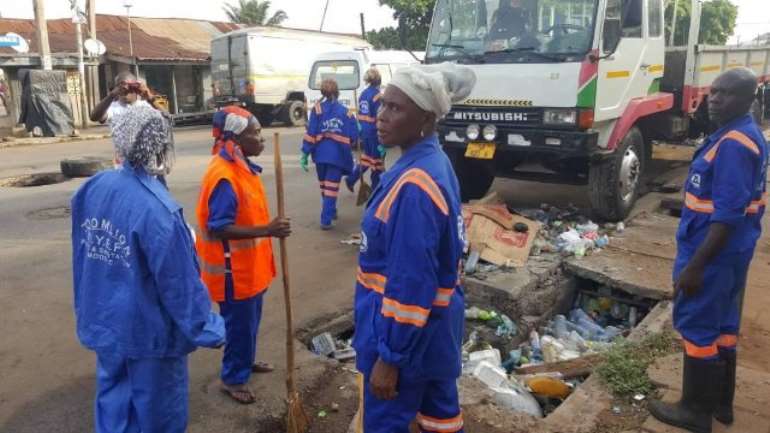 He intimated that waste management in Zongo communities is key on the agenda of developing Zongos as most of these communities’ struggle with proper waste largely due to poor outlay.

He appealed to the Zongo communities to adhere to good environmental practices to avert diseases such as cholera, typhoid, hepatitis among others.

The Mayor of Accra, Mohammed Nii Adjei Sowah, also led a team from the Accra Metropolitan Assembly to undertake the clean-up exercise.

Waste management companies such as Zoomlion, Jekora waste and notable celebrities were also at Nima to support the initiative.