”Before we left office we engaged dredge market to do major deepening of drainage in Accra but when this government came they didn’t continue with the whole contract if they had continued I am sure we would have some improvements in regards to the drainage system in Accra.”

A ranking Member of Parliament’s Committee on Works and Housing Samson Ahi said this after the Sunday April 7 heavy downpour which killed five people in Accra. The Minority in Parliament mounted pressure on government to “release funds to desilt drains to allow free flow of water during the raining season to solve the flooding issues in Accra.” 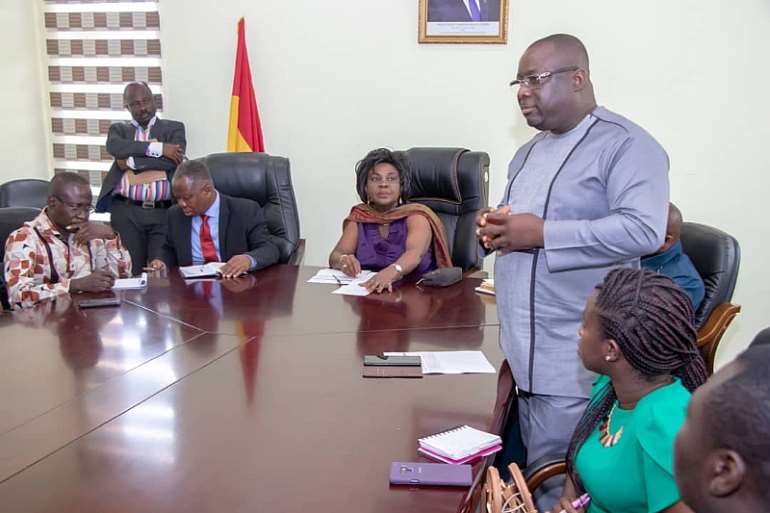 Skirting into alignment with the reality on the ground for the public to get a fuller appreciation of the issues, Kwame Agbodza, Member of Parliament for Adaklu on the floor of Parliament asked that Minister for Works and Housing Atta Akyea be summoned to brief the House on measures the Ministry was taking to prevent flooding in the capital.

Soon after the Minority shake tables, Atta Akyea appeared before Parliament with jaundice of documents. He indicated that, “Desilting is going on and they are dredging the Odaw River and the rest of them. So when we take out the silt for easy flow [of runoff water], you won’t have that kind of spillover which is always disastrous. This is the immediate solution.

“But I am saying that if Ghana should have a permanent solution, we should go to places where you will not see filth floating in drains. You won’t see any sewage. Everything is underground and it is going to cost this country huge sums of money but we better start to have a permanent fix,” Mr. Atta-Akyea said.

Without this permanent solution, he said the cycle of seeking funds for desilting drains which will eventually be filled with rubbish again “will never end.”

Atta Akyea however, added that there was no money because the GHc 5.5 million allocated for the desilting was not even enough. 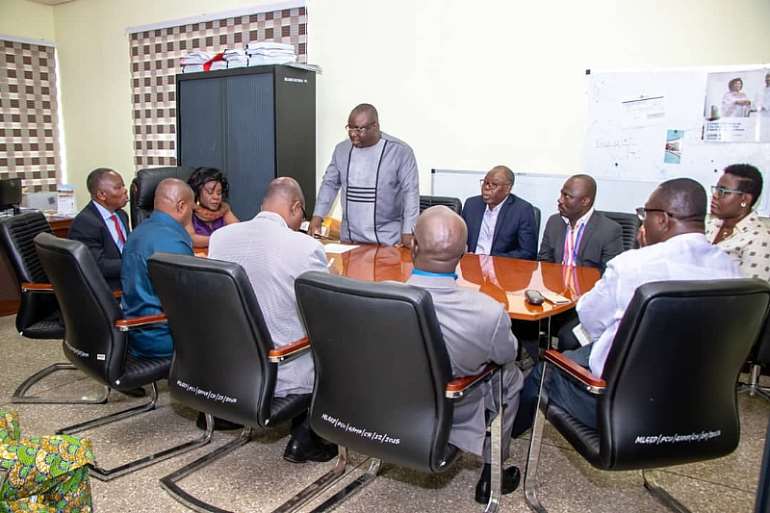 Exactly a week after, 10 people lost their lives in another Sunday April 15 downpour, according to the National Disaster Management Organisation (NADMO) including a military couple with a 9month-old toddler.

But the Minister for Sanitation and Water Resources, Cecilia Abena-Dapaah announced that GHc197 million has released for the dredging of storm drains and desilting of gutters to address the perennial flooding in the city.

She noted that 22 storm drains and gutters have been earmarked for the first project scheduled to begin next week. 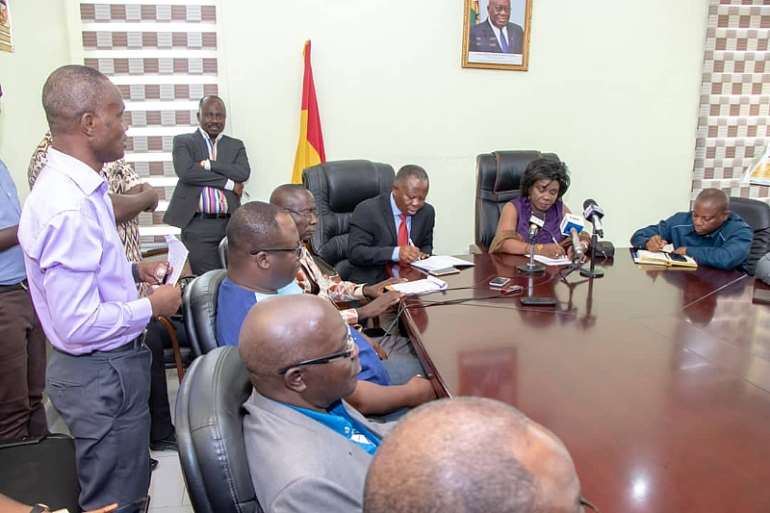 According to the sector minister, the contract has already been awarded and work will commence soon.

“I am boldly saying that Government of Ghana as much as 197million cedis has been allocated and the contract has been given out by the Ministry of Works and Housing. They are incharge of flood control, the works section of the Ministry—the hydrological services. We just had a meeting last Friday. They are going to drill down and desilting of our gutters so when this is being done we don’t expect anybody to drop anything in our gutters. We are all fed up with people pouring the rubbish and garbage into drains and gutters and if you are caught, jail will be your lot,” she intimated.

According to her, about 4000 bins will be distributed as part of measures to tackle littering and improper disposal of refuse in the capital.

She said this during a tour of the Institute of Local Government Studies to discuss the progress and possible plans of the Greater Accra Metropolitan Area (GAMA) Sanitation project funded by the World Bank. 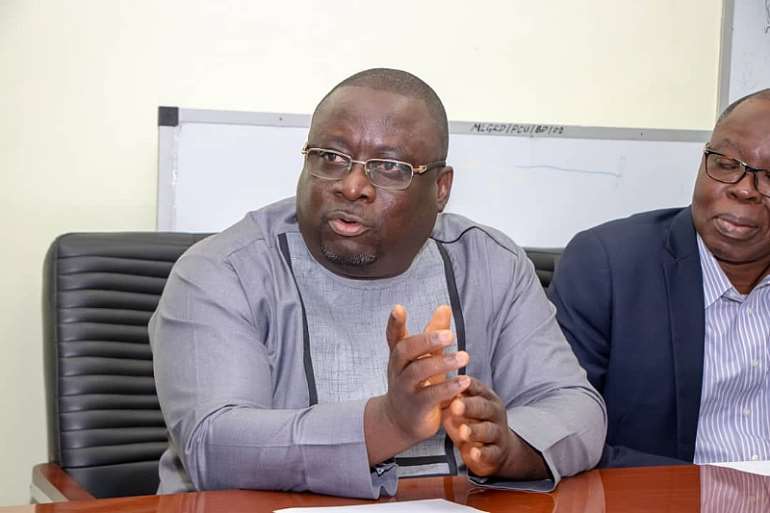 The Minister noted that solid waste management has been a major challenge which, according to her, all effort are being made to address the situation but require the concerted effort of the MMDCEs and service providers.

She added that as part of good engineering, President Akufo-Addo’s government is putting every head in shape to address solid waste problem in the country.

Mrs Abena-Dapaah has implored the youth to grab the opportunities that abound in the area of faecal treatment which can be recycled to produce gas to generate electricity, charcoal, pavement blocks and many more to rake in some revenue.

She noted that about 35,000 toilets have been built within the last two year which includes both institutional and household toilets under the GAMA Sanitation project.

According to her, the World Bank, being inspired by the success in the GAMA Sanitation project is willing to release more funds inorder to extend the project for others to also benefit. 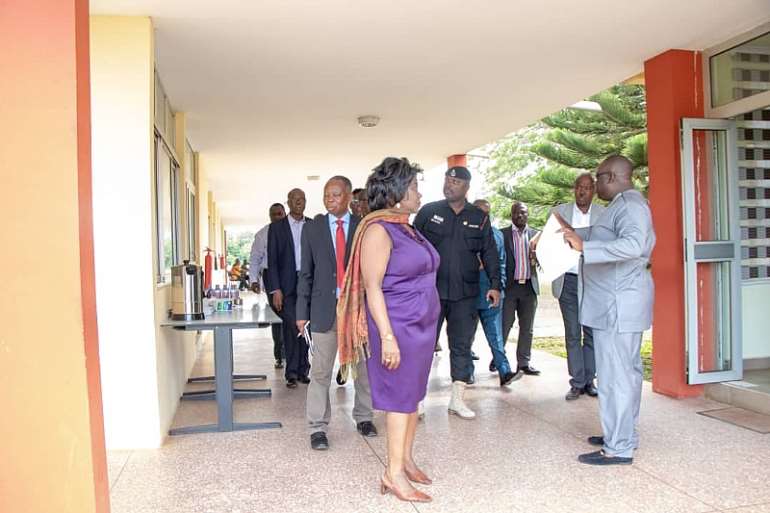 “The World Bank is willing to help us. And we are praying that we can scale up the project to hit another capital and another capital. We want to scale up all over the country and if succeed here and succeed well and maintain the successes,” she stressed.

Mrs Cecilia Abena Dapaah emphasised that her outfit has engaged the Education Ministry to make provisions for toilet and bathrooms as part of its infrastructure plan for schools to address in a sustainable way.

She added that her ministry is collaborating with the Ministry of Environment, Science, Technology and Innovation to deal with the plastic menace. 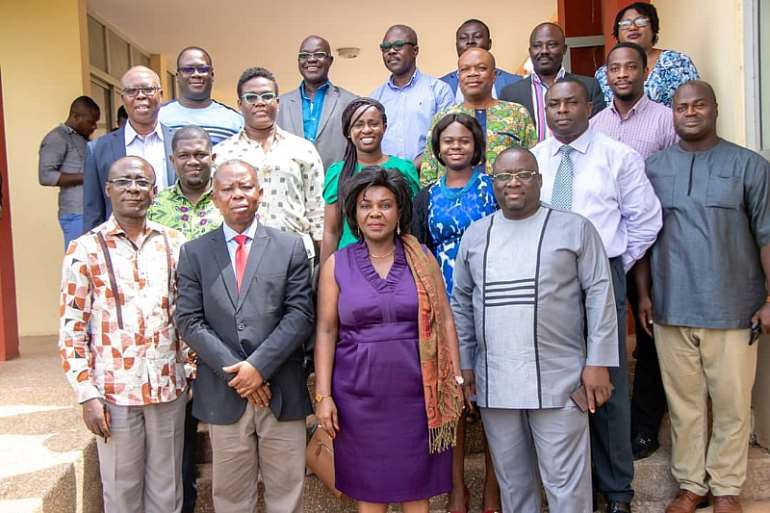 Lastly, with the Ministry of Local Government and, Works and Housing Ministry in the area of sanitation and health.