Gospel artiste, Brother Sammy has been arrested by Ashanti Regional Police over claims that he has a cure for HIV/AIDS.

A statement signed and issued on Saturday, by the Chief Executive Officer of the Food and Drugs Authority (FDA), Delese Darko explained that the arrest had become necessary after Brother Sammy, in a series of videos circulating on social media claimed that he had a product that could cure HIV/AIDS as well as other chronic diseases.

According to the Authority, the said product being circulated by Brother Sammy has not been approved.

Consequently, he has been arrested to assist in investigations over the said claim.

“The FDA wishes to inform the general public that it has not registered any product for the cure of HIV/AIDS neither has any approval been given to the said artiste for the production and sale at any FDA regulated product,” the statement read.

Below is the statement: 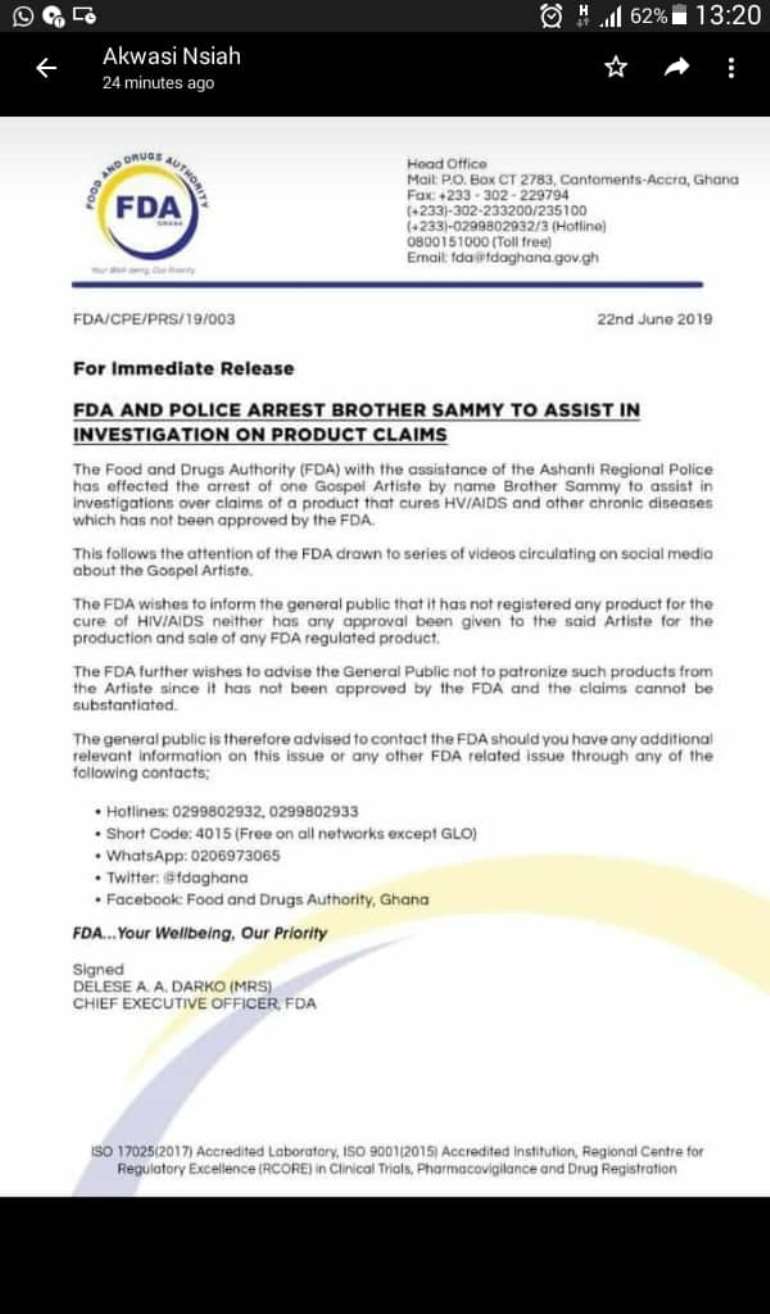