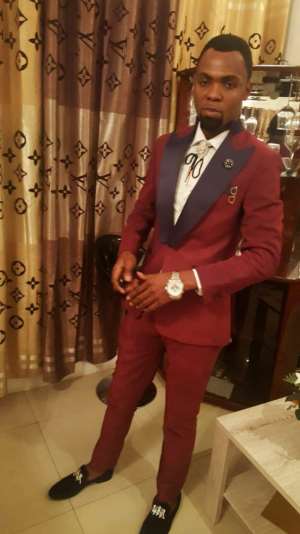 The Founder and Leader of Anointed Palace Chapel, Francis Kwaku Antwi popular called Obofour during the Easter Friday service on the 19th April 2019, revealed the recent Kumasi market fire which gutted portions of the market on last

A personal protocol Officer to Prophet, Nana Appiah disclosed that Rev Obofour, during church service asked the doors of his church be closed for two hours to prevent the congregation from moving in and out.

He noted that the man of God performed numerous miracles which include exorcising witches and healing the sick.

The Protocol Officer added that whiles in the spirit, Rev. Obofour then revealed various towns and cities that are controlled by some spirits. He mentioned Ashanti Region and told the congregation that he can see from the spiritual realm a disaster will befall on the Regional capital, Kumasi.

He disclosed that fire will gut some parts of the Kumasi Central Market.

Rev Obofour asked his congregation to pray to avoid the calamity but whiles praying he stopped and said the fire will definitely happened but the congregants should pray to reduce the gravity of damage the fire will cause.

Truly to the Prophecy, some part of Kumasi market has been ravaged by fire. Some believe the intervention of the Man of God prevented what could have been a very devastating fire which could have ravage the whole market.

The Kumasi Market Fire
The second-hand clothing section at the Kumasi Central Market in the Dr Mensah area has been razed down by fire, destroying almost everything on site.

The cause of the fire which started around 10 pm on Good Friday is yet to be established.

An eye witness told newsmen that a security man on duty underrated the fire which started very small as he attempted to put it out himself.

He allegedly only resorted to the help of fire service personnel after it has escalated as passersby stood in awe.