In his view, the role Nyantakyi in the governance structure of GFA as well as the growth of the nation’s football industry from 2005 to mid-2018, was a serious one and should, therefore, not be completely overlooked.

“Nyantakyi’s sheer breadth of knowledge and experience gained over his 13-year stay in office cannot be overlooked. And I also think the new president can also tap into the rich knowledge and skills of Kwesi Nyantakyi,” he said on Citi FM/TV’s new analysis programme, The Big Issue on Saturday.

He also called on Kurt to ensure that the passion of football is restored in the country and also build the business side of the game to make it more attractive.

“For me, it is important that, Mr. Okraku, will, first of all, unite his own people and help the nation get back the flair of the game. The days where you just want to get back to the football stadium because there are about four or so people who outshined everybody and you just want to go and see for himself must be restored,” he said.

“The business side has also been lacking over the years and I want this new GFA president to build it. There is also a danger of just relying on companies for their support. When you are able to generate your own IGF, the business way, you are likely to be proud of it as no unseen hand can control you,” he added.

Kurt takes over from Kwesi Nyantakyi who left office in 2018 after he was implicated in the Number 12 corruption exposé put together by investigative journalist, Aremeyaw Anas Aremeyaw.

Okraku led the elections from the very first to the last round. In the first round, he had 44 votes.

He polled 59 votes in the second round needing just one vote to win the elections. 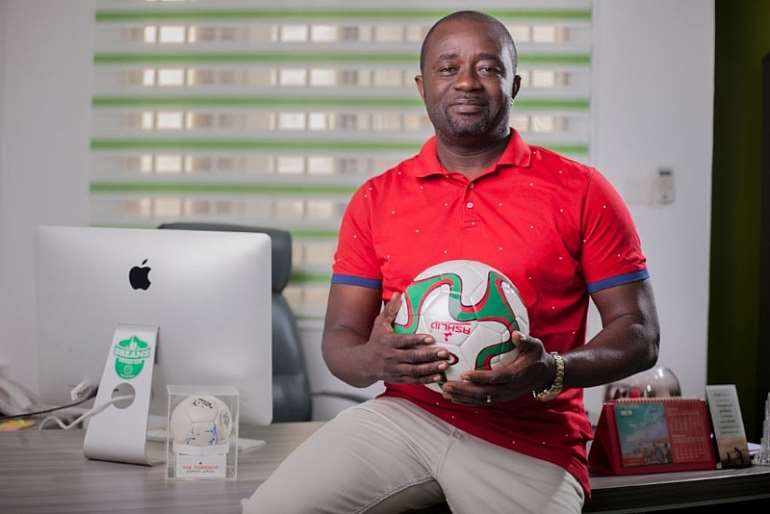 George Afriyie, who polled 40 votes in the first round improved to 43 votes but was still well behind Kurt Okraku.

Kurt Okraku thus becomes the 7th GFA President since 1992 and the 24th in the Association’s history.

Kurt Okraku will now serve a maximum of two four-year terms in office following the adoption of the new statutes of the GFA at September’s Extraordinary Congress.