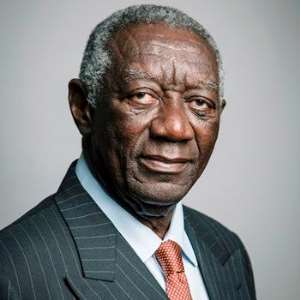 The Ghana Journalists Association (GJA) will tomorrow honour former President Agyekum Kufuor for his support to the Association and efforts at promoting the freedoms and independence of the media.

This will be done at the launch of the GJA 70th Anniversary Celebration which will be held at the Kempinski Hotel in Accra.

The 70th Anniversary Celebration dubbed, “Democracy, Freedom, and Independence of the Media in Ghana: 70 Years of GJA’s Contribution,” will be launched by the former President and Chaired by Dr. Daniel McKorley, the Chief Executive Officer of McDan Group of Companies.

This was disclosed in a statement signed and issued on Monday, by Kofi Yeboah, GJA General Secretary.

“Government officials, members of the Diplomatic Corps, former Presidents and national executive members of the GJA, veteran and senior journalists, representatives of corporate Ghana and other dignitaries have been invited to the ceremony,” he noted.

Other individuals and corporate bodies who have supported the cause of the GJA in particular and the media in general over the past decades will also be honored. 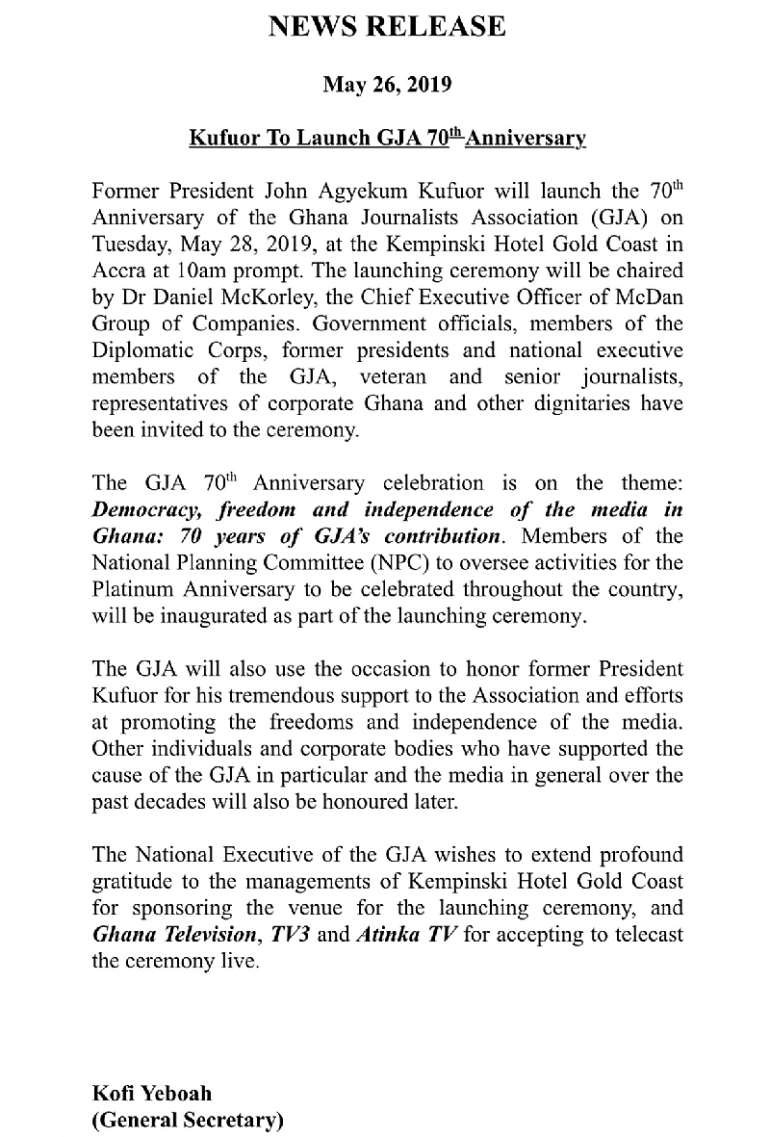 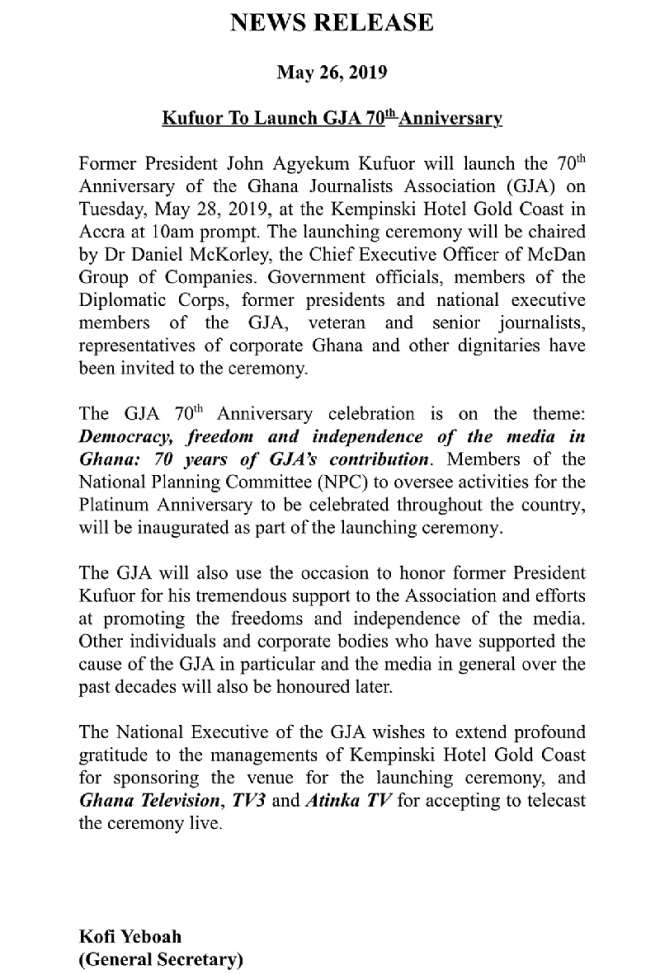