In response to a recent recorded case of poliomyelitis in the Chereponi District of the Northern Region, the Ghana Health Service (GHS) has outlined measures to curb a further outbreak of the childhood killer disease which was last recorded in November 2008.

In a press release sent to ModernGhana, the Director General of GHS, Dr. Anthony Nsiah-Asare, stated that while a national team has been deployed to assist the Chereponi District to carry out investigations, a vaccination campaign at risk areas will be conducted following approval from the Polio Advisory Group for monovalent Oral Polio Vaccine type 2 (mOPV2).

The Ministry of Health/ Ghana Health Service has received report of confirmed Poliomyelitis from the National Polio Laboratory, in the sample from a two (2)-year eight (8) month old girl with Acute Flaccid Paralysis (AFP) from Andonyama in Chereponi sub-district of Chereponi district in the Northern Region.

The child was seen at Chereponi District Hospital on the 27 July with sudden onset of weakness in both lower limbs, stool samples were taken as part of routine polio surveillance on 27th July, 2019 and sent to the National Polio Laboratory at Noguchi Memorial Institute for Medical Research for laboratory investigations and the sample tested positive as per result received on 17th August, 2019.

The case is being managed at the Chereponi District Hospital in the Northern Region. In response to this, the Minsitry of Health/Ghana Health Service has taken these immediate actions:

A national team has been deployed to assist the regional / district teams to carry out detailed investigation.

The Global Community is in the Polio End-game and a case of Polio constitutes Public Health Energency of National Concern.

The Ministry of Health/ Ghana Health Service are working tirelessly with the Partners, to contain the situation, to prevent and protect against the spread of the disease.

We will provide further updates periodically and as appropriate.

Please take note of the following key messages on polio and all are entreated to observe the measures for polio prevention.

Poliomyelitis (Polio) is a highly infectious disease which mainly affects young children and children under five (5) years of age are most at risk. The infections spreads from person to person, mainly through the oro-faecal route, multiplies in the intestine, from where it subsequently invades the nervous system and can cause paralysis most often in the limbs.

Symptoms of polio include at the early stage inlude fever, fatigue, headache, vomiting, neck stiffness and pains in the limbs. Has the potential to cause paralysis of the limbswhich can be permanet. People who live in areas with poor sanitation are at high risk of contracting polio.

Treatment is mainly supportive and can be prevented by vaccination, improved sanitation and personal hygiene. Safe and efficacious vaccine is available and complete vaccination is the main form of prevention.

Parents and care-givers are advised to ensure that, their children receive the full complement of vaccinations.

The general public is requested to practices good personal and environmental sanitation. Open defeacation must stop and the use of appropriate toilet facilities is strongly encouraged.

For the safety and well-being of children, parents are advised to observe closely symptoms of polio in their children and report to the nearest health facility for immediate medical attention.

The District, Municipal and Metropolitan Assemblies are reminded of their role to ensuring sanitation bye-aws are strictly enforced. 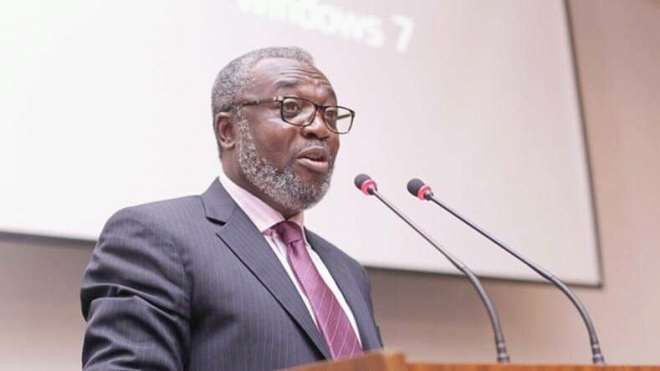