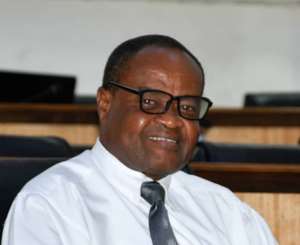 The poultry industry is one sector successive governments need to focus on and develop very well if they want to reduce the unemployment rate in Ghana.

With the long value chain at the sector, it is suicidal for governments to neglect it since, though many lives depend on it, even more could as well benefit from it immensely.

These comments were made by the Chief Executive Officer of Pals Africa Limited Mr. John Bewuah Edusei in an interview with Modern Ghana Online on the build up to the Pals Africa Poultry and Livestock exhibition in Kumasi.

Mr. Bewuah who is so passionate about Poultry lamented that successive governments in Ghana have only paid lip services to the industry which is a potential solution to the high unemployment rate in the country.

“When we look at the number of people our industry could employ in transportation, feed production and processing, Egg selling and the several others in the long chain of work in the sector, no serious government would play with us”.

He argued that the bigger the industry the more profit maize farmers would make, because the sector is the largest consumer of maize.

“Even for those growing maize in this country, they know very well that humans consume just a small percentage of their produce while the largest part is consumed by the poultry sector because that is what we add to our soya to produce feed for our chicken”. The Pals Africa CEO stressed.

The International Poultry and Livestock exhibition which is comes off on 4th and 5th of November, 2019 is expected to draw hundreds of exhibitors from across the length and breadth of Africa to join their Ghanaian counterparts.

Mr. Bewuah who is upbeat about the huge turn up expected on the two days said ‘we are putting up a lot of exciting packages for both exhibitors and patrons of the exhibition’.

“Our doors are still opened for agricultural investors, dealers in Agric machinery, livestock and poultry farmers and the several players in the poultry and livestock value chain to join us on these two days,” he noted.