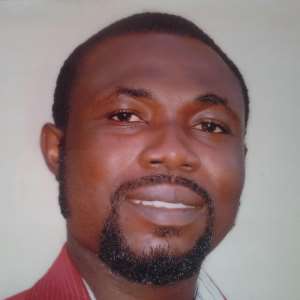 Omama Kidash, whose real name is Godwin Asare, and also writes under the pseudonym Godwin Kwasi Asare, is a Ghanaian poet, playwright, and currently a teacher of Literature-in-English at the Pentecost Senior High School – Kofridua, in the Eastern Region of Ghana.

Omama Kidash, a member of the Ghana Association of Writers (GAW), was the Second Prize Winner of the coveted Professor Atukwei Okai Prize for Poetry during the 2017 edition of the GAW Literary Awards. In 2016, Kidash won the Second Prizeof the MTN Foundation Best Teacher Award which was organized to celebrate Ghanaian teachers.

Thus far, he has published four books: Dairy of the First Birth Poems, The Peaceful Ghana Project: God Bless Abibiman Ghana (a collection of poems and a play purposely published to campaign for peace towards the 2016 General Election in Ghana), The SORCERESS and Other Plays (an anthology of plays), and Women Don’t Die: Dairy of the Second Birth Poems from Africa (a collection of over three-hundred poems under the captions, The Birth, An African Bell Invokes the Nazarene, Women Don’t Die, Sugarcane, Native Sun, Oxymoron: Life’s Temperature, Environmental Signs, I Am Bleaching Myself Blacker, and Tales from the Palm Wine Tapper’s).

The Labour Ward
Champagne
Popped in pain
To begin the journey of the sixth day –
Oh, what a great day it often is.

Sweat, sobs, screams, raw agony:
A bitterness from the sweetness of Eden’s fruits
A heart rending torture from the joys
Of the Creator’s ordained merriment for the creature.

Somewhere, Adam caresses Eve in Gethsemane
To slow the spear that cuts through
Her mind, her heart and the centre of main events
Before she opens her sesame.
Elsewhere, he chats with friends under a tree,
Waiting for the bearer of the good news –
He raises a calabash to a heroic victory
And takes manly handshakes for making history.

But the woman is the man; a soldier
And if Caesar’s scissors be the usher,
A Ramadan separation with Nightingale’s shrine taboos:
The blood stained manual of the gods of a realm
Tells of her courage.

The fragile one
Who breaks a mother’s egg
Whether unto the naked earth or a golden bed
Is born into a world
And yet grow their bones for the world,
Either to make honey or to brew Marah.
The great heavens hide her destiny.
He must be everybody’s business to receive love and
To give love

Puuush …
She regrets
She curses
She swears.

At last, a cry
Hurray!!!
Here you are
And the pain joins the historical pages.

Whence cometh thou
Little visitor,
Into this undulating world?
Welcome.

Yaa Asantewaa
Yaa Asantewaa
Queen Mother of Ejisu
Who danced before wicked cannons
And still stopped to wipe her sweat unscathed
Fearless Asantewaa
Brave Asantewaa
Mighty woman of valour
And a golden trophy of the Asante Empire
Africa is very proud of a daughter of your make.

Yaa Asantewaa
A symbol of faith and courage
A taproot in the tree of Africa’s identity
And her heritage
You shall forever remain a nipple of
Africa’s breast to feed
Her men and women to fight for
True independence
That does not take morning dictations from
Overseas.

Yaa Asantewaa
A Queen Mother of Africa
Your resilience still speaks to the ears that hear
Your living voice that stirred men into action
Still echoes in the present for our growth.
Our formidable Queen
Mother of great love
Who detested to see her children enslaved
Speak once more to our leaders
Let your famous speech sink into their hearts
And push them to the front line.
Bath them with the herbs of your selfless love
For your grandchildren are independent in words
And true beggars in action

I See Women as Angels

Right from the day I was put to bed,
I saw a very beautiful woman putting
My head to rest.
Do not go too far:
That was my wonderful mama.
Today I am on my own
Dreaming from my home
I’ve got another angel:
She is Adwapa Special.
Every time I lie on my back,
I see them in their wings
Descending on me to make me sleep well.
Each time you see me in my semi casket,
Do not think me any close;
I am in Shangri-la watching them bright
My world with the greatest delight
But in my waking life,
They are brighter than the sun.
What more could God have done for man?
I see women as angels.

The Soles of Her Diamond Feet

She first folded her throne
And sat in the hot sands.
She accepted the position
Of fallen dried leaves
And hid her true self in the mud.
When the plants of her powerful
Creativity were denied water
And left to die,
She swallowed saliva to mute her voice.
She labored without rest to speed the sun
And yet her only remembrance came
When the bed was laid and needed to warm.

But now
She has sworn her oath
And dusted her throne for monolithic restoration:
She moves the crowd with works of art,
Shouts ‘EUREKA’ with Archimedes,
Partners Djata to build empires
And connects the world with just a click.
Now wherever she walks on the streets,
The soles of her diamond feet
Leave eternal prints.

There she goes;
She is a woman
The helper and completer
Do not watch her curves
And lick your lips
She is something more than that.

There she goes;
She is a woman
The thinker and finisher
Do not think of beds
And shower her with gifts
She is something more than that.

There she goes;
She is a woman
The maker and creator
Do not count your kids
And make her a cage at home
She is something more than that.