Ghana is set to deploy to Somalia, a contingent of 120 police personnel from the country’s Formed Police Unit (FPU).

Ghana’s deployment of additional officers to the Horn of Africa country, is in response to the United Nations Security Council Resolution 2431(2018), which recommended an increment in numbers of police personnel under the African Union Mission in Somalia (AMISOM).

Resolution 2431 authorizes member states of the African Union to maintain deployment of AMISOM until 31 May 2019, including a minimum of 1,040 police personnel, including five Formed Police Units (FPUs), under the ongoing transition.

AMISOM police component currently has three FPUs, and is seeking to bridge the shortfall, to arrive at authorized numbers.

“We are just about to kick-start training of personnel,” confirmed the Director of International Relations in the Ghana Police Service and leader of the delegation, Assistant Commissioner of Police (ACP), Baba Saanid Adamu, who added that Ghana Police had already notified the AU Commission to send an assessment team to the West African country.

“Hopefully, by the mid-March, we would have concluded training and assessment. We will then begin the next phase which includes inspection of the contingent-owned equipment, ready to be airlifted and transported to Mogadishu and onward to Baidoa,” ACP Adamu added. 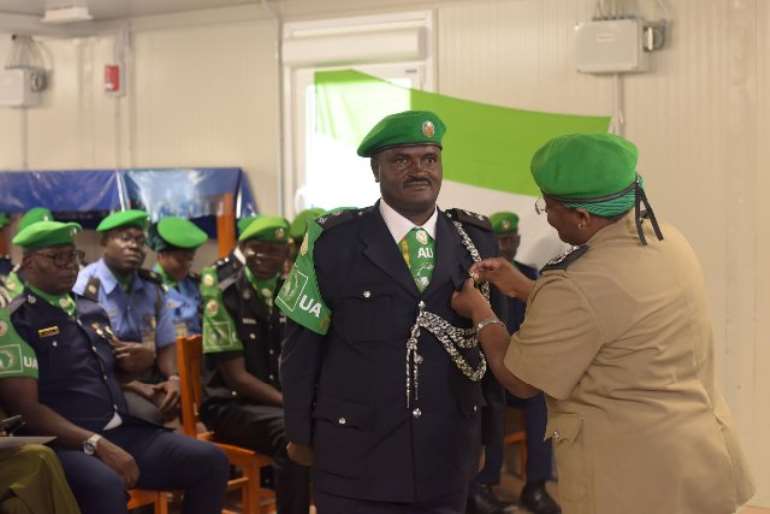 “Ghana’s contribution will help to fill the gaps in terms of the capacity and the needs for the Police component,” the Deputy AU Special Representative for Somalia, Simon Mulongo, told the visiting officials, during a meeting in Mogadishu on Thursday.

Mr. Mulongo welcomed the move by Ghana to deploy a Formed Police Unit to Somalia, saying it would boost AMISOM’s efficiency, as it consolidates and sustains law and order in the liberated areas. 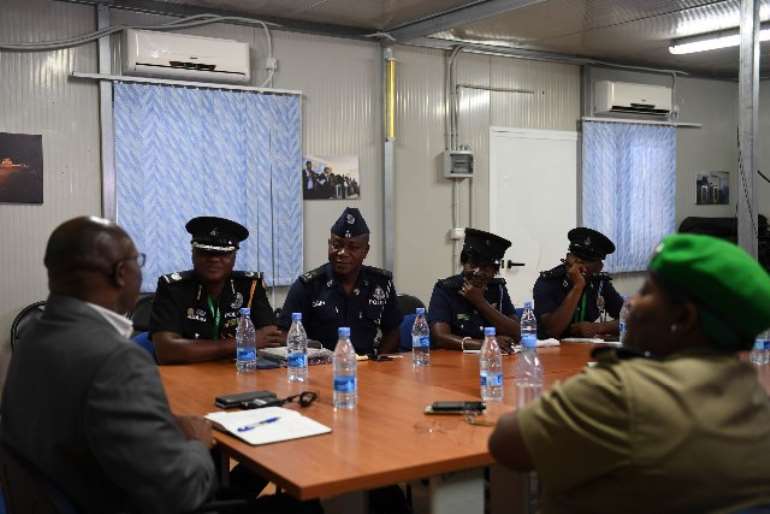 The four-member Ghanaian delegation was led by Assistant Commissioner of Police (ACP) Baba Saanid Adamu, who is also the Director of International Relations in the Ghana Police Service.

Formed Police Units carry out joint security operations alongside their Somali counterparts. The operations include patrols, cordon and search, and management of checkpoints, to enhance the operational capabilities of the Somali police officers.

The FPUs also support their Somali counterparts in public order management and provision of armed escort for VIPs, as well as close protection services to AMISOM Individual Police Officers, who collocate at various police stations across the country, to provide day-to-day mentorship to Somali police officers.

Other than Ghana, Djibouti has also expressed interest to deploy a Formed Police Unit in Somalia. Christine Alalo, the Acting AMISOM Police Commissioner noted that Djibouti’s deployment would complete the required number of FPUs, as specified in the UN Security Council Resolution.

“We have a slot for two FPUs to add to what we have in order to make a total number of five FPUs,” Ms. Alalo said.

Presently, Ghana has a team of 39 Individual Police Officers serving under the AU Mission in Somalia; a team which has demonstrated exemplary performance as staff officers, trainers, instructors and mentors, according to Mr. Mulongo.

The deployment of more Ghanaian police officers would, therefore, boost further, the performance of the AU Mission.