The body of the former UN Secretary-General, Kofi Annan, will be laid in state on Tuesday at the Accra International Conference Centre as the nation begins three-day mourning.

The public is expected to file past the remains of the global icon and pay their last respects.

Mr. Annan’s body arrived in Ghana on Monday, draped in a UN Flag aboard a chartered flight from Geneva, Switzerland. 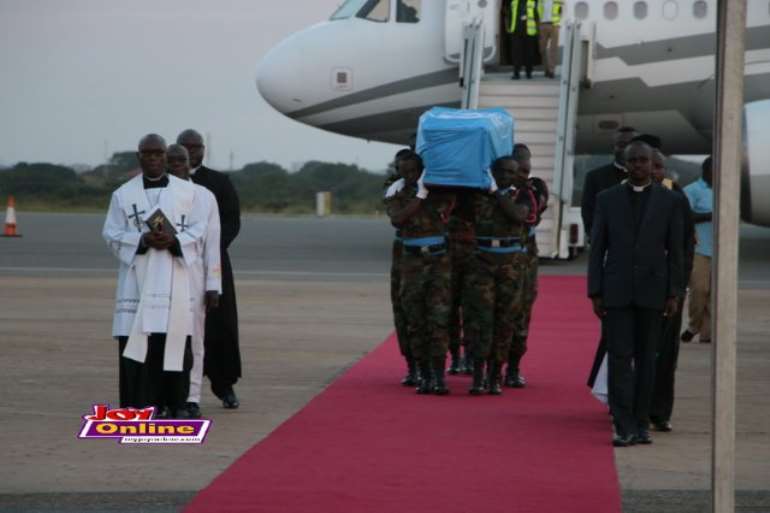 The body was accompanied by the widow, Nane Annan, and her children. 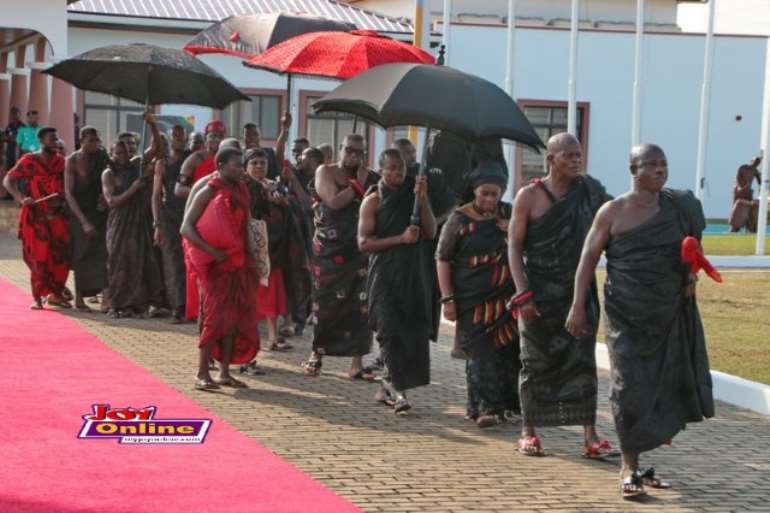 Programme
The general public, heads of department, associations and other will file past the body on Tuesday.

On Thursday, a solemn Burial Service and final interment cap the national mourning.

The service will be attended by UN Officials, Heads of State, Diplomatic delegations and the general public.

There will also be a private burial at midday on Thursday at the Military Cemetery with full military honours and a 17-gun salute.

Roads closed
The Ridge roundabout to the Stadium traffic light road blocked on Thursday to make way for the burial service.

Information Minister-designate, Kojo Oppong Nkrumah who made the announcement urged the public to comply with the directive.

“The main route to the ridge roundabout to the Stadium roundabout will be closed on Thursday, and it’s only those who have received the invitations that would be allowed to access those routes on Thursday. The forecourt of the statehouse and Parliament house are available for parking for those who are invited. And while we encourage the public to come in an pay their last respects on Tuesday. We also ask that we adhere and comply with all the security instructions that would be given by the security officers on the day,” he said..