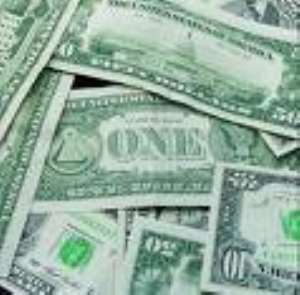 Ghana is reported to be losing a whooping Gh.c 5 billion (about $1.2b) annually through Tax Incentives usually offered to multi-national companies and some other corporate organizations operating in the country.

This amount, it is believed, is equivalent to the amount needed to build a total of 6,250 dormitories with 400-bed capacity at the cost of Gh.c800,000.00 for each or providing 25 million dual desks for distribution various schools (at all levels of education).

The said amount, which is almost the same as the total amount being spent on the current National Identification exercise, can also construct over ten million six-classroom blocks with ancillary facilities at the cost of Gh.c 400,000.00 per one, among several others.

These came to light in Sunyani during a day’s advocacy training programme for members of the Brong Ahafo Chapter of the Tax Justice Coalition organized by Action Aid Ghana.

Speaking at the programme, the Facilitator, Mr. Eric Anorrey, disclosed that in 2016 alone, developing countries lost over $150b as a result of corporate tax exemptions, which translates into losing nearly three billion dollars each week.

“In just over two months, this could fill the global finance gap for basic education; in one year, this would be enough revenue to put every primary school going child to the classroom and leave enough change to invest in the agricultural programmes needed to end hunger.

Quoting a report based on a survey conducted by Action Aid in some African countries, Mr. Eric Anorrey, who is the Monitoring and Evaluation Manager of Global Media Foundation (GLOMEF), said 92.6% of the surveyed investors stated that they would have still invested even if they were not offered any tax incentives.

He said the current tax regimes of Ghana and other developing countries were inundated with “loopholes” which provide grounds for investors not to pay certain kinds of taxes.

Participants at the training programme noted that multi-national companies and other investors take undue advantage of the tax incentives offered them by changing their names after their tax holiday period in order to perpetually enjoy this ‘kind’ offer.

Nana Kwame Afram Denkyira, Programs Officer of Action Aid Ghana said it was important for citizens to hold their leaders accountable for their stewardship and called for fair taxation regime that would greatly inure to the benefit of the citizenry.

Tax is a mandatory contribution made by individuals and entities to the state. Be it direct or indirect, taxes remain the most reliable and sustainable source of revenue.

Tax Incentive may be defined as “a deduction, exclusion or exemption from a tax liability, offered as an enticement to engage in a specified activity such as investment in capital goods for a certain period.”

Among others, it is aimed at attracting greater levels of Foreign Direct Investments (FDIs) into a country. It includes ten to 15-year tax holiday, generous capital investment deductions and exemptions from payments, import duties and withholding taxes.

The Asutifi North District in the Brong Ahafo alone lost Gh.c 939,140.15 in property rates between 2008 and 2016 due to an agreement signed between government and Newmont Ghana Gold Limited that exempted the mining giant from the payment of taxes on its properties in the area.