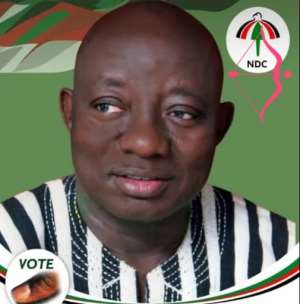 The former Member of Parliament (MP) for Garu-Tempane in the Upper East Region Hon. David Adakudugu has died.

He died last night 19th September, 2019 at the Tamale Teaching Hospital after a short illness.

Sources say the former lawmaker was travelling from Accra to Tempane when he felt some sharp stomach pains.

According to sources, he was rushed to the Tamale Teaching Hospital and was treated and discharged but felt the pains again during his journey to Tempane.

He was rushed back to the hospital where he was later pronounced dead.