Global influence is often measured by military, political or economic might, but for some countries, it’s the strength of the culture – its food, fashion or entertainment – that most strongly impacts the wider world.

These culturally influential countries were recently ranked by U.S. News and World Report , based on factors like being perceived as prestigious, fashionable, trendy, happy, modern or culturally significant in terms of entertainment. While many of the top 10 countries were in Europe, including Italy, Spain, France and the UK, the list also included Japan (ranking high for being modern and prestigious), Brazil (for its happy populace and entertainment), and the United States (for being modern and culturally influential).

We spoke to residents in the five top-ranked countries, which exemplified these areas of cultural influence, to find out how their nation make a global impact and what it’s like living in a place that defines the international cutting-edge. 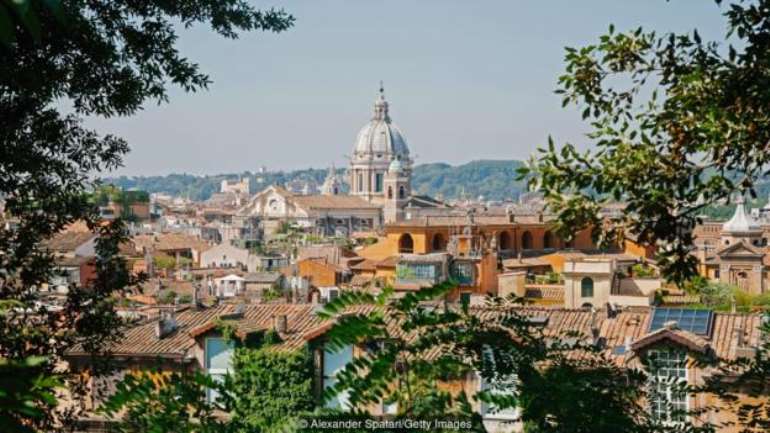 U.S. News & World Report ranked the most culturally influential countries based on factors such as prestige and trendiness (Credit: Alexander Spatari/Getty Images)

Italy
Famous for designer brands like Valentino, Armani, Versace and Gucci, Italy scored a perfect 10 in being both ‘fashionable’ and ‘trendy’, which hardly surprises residents like Lucio Buffalmano, founder of the ThePowerMoves.com blog, who comes from Abruzzo, east of Rome. “It’s a cliché, but Italians do care about what looks nice, and Italians do take more care than most in looking fashionable,” he said.

But this notorious attention to detail extends beyond fashion. “Italy has a great impact in everything that has to do with style, from food to furniture,” said Angela Corrias, originally from Sardinia but who now lives in Rome and blogs at Rome Actually .

The country’s food of course claims an outsize influence. To experience the country’s culinary influence first-hand, Corrias recommends heading to capital city Rome. “The financial crisis hit hard, but Romans will never give up on eating out,” Corrias said. “Here you can explore both the traditional flavours and recipes created with a modern twist. Porto restaurant in Prati area, for example, serves a seafood version of the traditional cacio e pepe (pasta seasoned with Roman pecorino cheese and black pepper), and while it might sound weird, the combination of cheese and seafood, it’s actually delicious.” 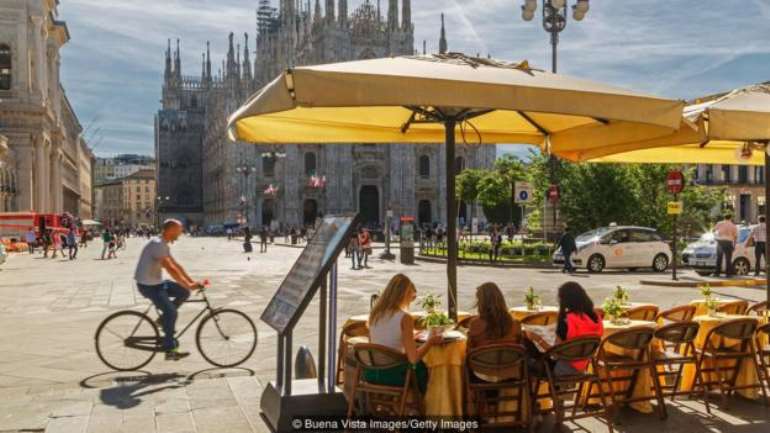 Other interesting cultural destinations for expats include Bologna, also known for its rich gastronomical heritage, and Milan, which is the country’s largest business and fashion hub but also has plenty of top-notch restaurants and a large, lively expat community.

France
‘Modern’, ‘prestigious’ and ‘fashionable’ were all areas where France scored high, and the French ‘ je ne sais quoi’ is something that people across the world try to imitate. Lifelong Paris resident Roobens Fils didn’t even realise how influential his culture was until he travelled throughout the Middle East and Asia.

“People in very remote places love and are inspired by French food, French art and French fashion. I met people in Iran telling me how they loved Molière! I was shocked! They know Molière in Iran!” said Fils, who blogs about his travels at Been Around the Globe . 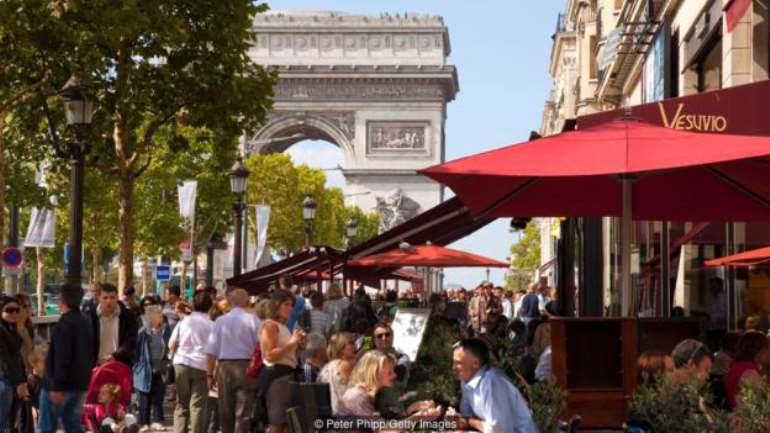 The French ‘ je ne sais quoi ’ is something people around the world try to imitate (Credit: Peter Phipp/Getty Images)

Though Paris is the obvious place to experience French culture, from fashion to food, Bordeaux, Lyon and Toulouse are excellent – and smaller – alternatives.

“Bordeaux is a prestigious city, and a lot of good wine is produced in the area,” Fils said. The city also has the most historical buildings in the country outside of Paris. Lyon, France’s third most populous city, is well known for its culinary traditions and has produced a number of three-star Michelin chefs. Toulouse, the capital of France’s southern Occitanie region, prides itself on its 2,000-plus-year history stretching back to the Visigoths and Romans and the accompanying pink terracotta architecture that gives it the nickname ‘La Ville Rose’.

The French take extreme pride in their identity that has shaped the world, and this includes the French language – which can be challenging for new expats. “Most people in France don’t speak English, or broken English. Sometimes they do speak English, they just don’t want to,” Fils said. “An expat will have to adapt to France, because French people won’t make the effort to adapt to you.” 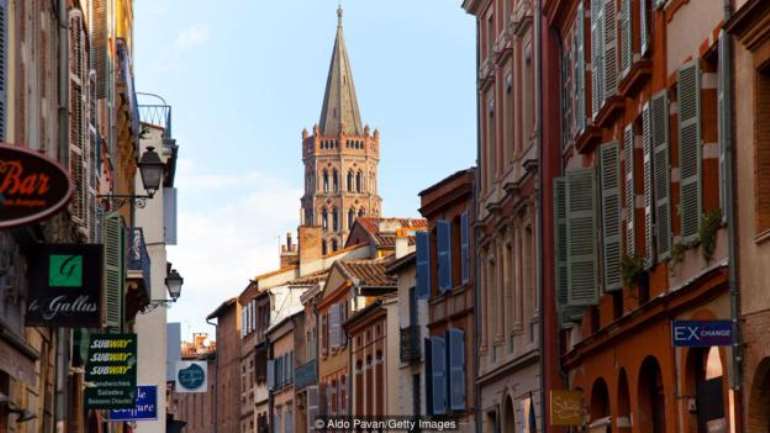 The United States
Scoring highly for being ‘modern’ and ‘influential in entertainment’, the US’ films, music and TV programmes are enjoyed globally. Even when another country does something first, like the reality TV genre that started in the UK, the US is known for making it bigger and more popular worldwide. The country’s tech industry, home to Facebook, Twitter, Google and Amazon, has also left its mark, with billions of people interacting daily with these popular services and social networks.

This influential American identity is firmly rooted in the power of possibility and dreaming beyond humble beginnings. “We still believe in the ‘American Dream’ here, which is only possible in what was once a British colony of debtors, slaves, the religiously persecuted and the world’s poor,” said Andrew Selepak , a professor in the department of telecommunication at the University of Florida, and director of the graduate social media programme. 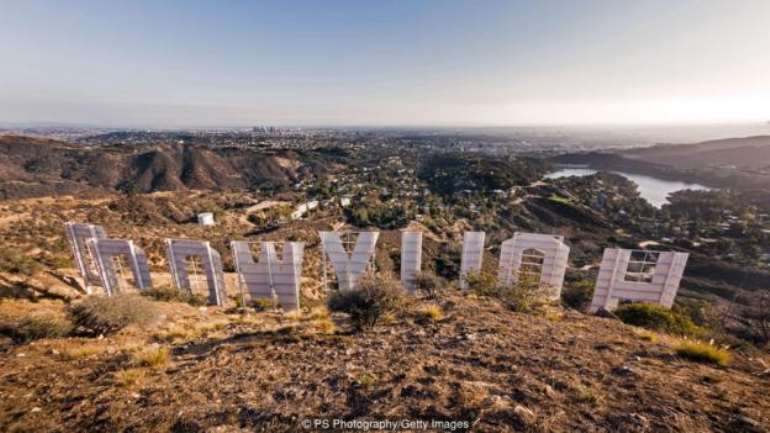 Films, music and TV programs made in the US are enjoyed globally (Credit: PS Photography/Getty Images)

New York City, the country’s largest city, exemplifies these values. The words of Frank Sinatra – “If I can make it there, I can make it anywhere” – still apply to the Big Apple, also known as the city that never sleeps. On the opposite coast, Hollywood in Los Angeles produces the entertainment that shapes culture in the US and beyond. “American TV shows and movies made here influence how we talk, dress, what we watch, and who we are,” Selepak said.

Between the two cities however, is a vast geography that spans oceans, deserts, farmland and mountains. And with more than 300 million residents, the country prides itself on its diversity. “Just like our ethnic backgrounds, we all have different cultural upbringings and values,” said Jon Salas, who lives in Boston and blogs at The Running Publicist . “The same rule applies to the country’s geography. Depending on your personality and what you thrive on, your experience in the US will be different in every city you go to. Miami is not the same as Chicago, nor is New Orleans anything similar to New York City. Each city has been shaped by its history and its people. If you have an experience in one region that wasn’t quite what you were looking for, then give another corner of the country a try.”

Spain
Once one of the world’s largest conquerors and empires, Spain has left a lasting mark across geographies from South America to the East Indies. After Chinese, Spanish is the second most spoken language in the world when measured by native speakers, and the strength of its Spanish-speaking movies, TV and music helped push the country to the top. 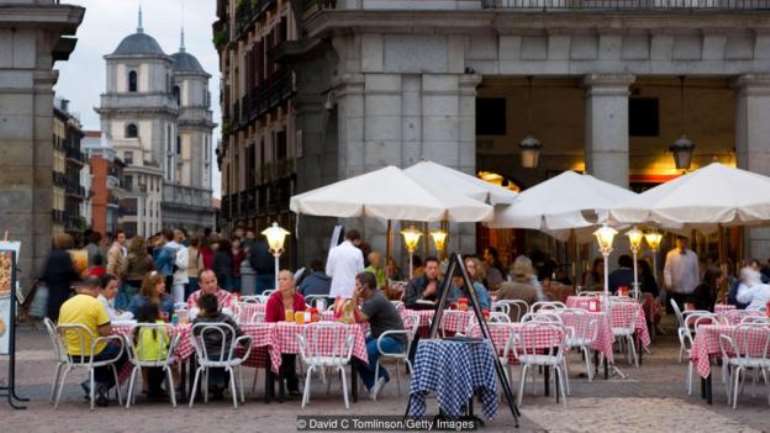 Spanish is the second most spoken language in the world (Credit: David C Tomlinson/Getty Images)

“From the Spanish language to religion, cuisine, festivals and many other aspects, wherever I travel it is always pretty easy to find a bit of my country,” said Inma Gregorio, who is from the Galicia region and blogs at A World To Travel .

Spain’s tapas culture is one that has spread internationally, but continues to connect people locally. “Food here is a way of living,” said Andre Arriaza, who lives in Barcelona and is the founder of Barcelona Eat Local Culinary Experiences . “Eating is sharing, either with a bunch of friends, or with all the strangers that are around you, whom always engage in chit-chat,” he said.

This kind of socialising is key in a country that always puts family and friends before work, with long lunches ( including the sobremesa ) and family gatherings the norm. “We work to live, not otherwise,” Gregorio said. “Even during last year’s [constitutional] crisis, bars were full day in and day out.”

It’s a welcome change to expats like Cory Varga, a UK citizen who has lived in Seville for the past six months and blogs at You Could Travel . “We love living in Spain because everyone seems really relaxed. The attitude towards life is that it should be savoured and enjoyed.” 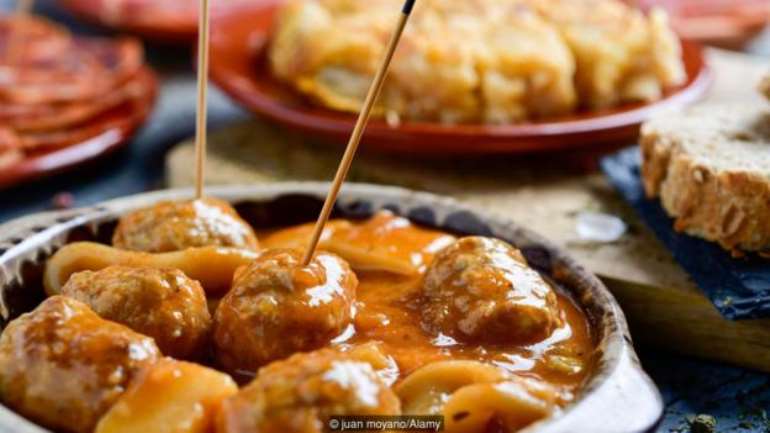 This isn’t easy for all expats, who must adjust to more easy-going schedules and late dinner starts . Knowing Spanish also makes life a bit easier for expats, but it’s not a huge barrier; most cities have lots of Spanish language schools and residents will usually try and help. “Spanish people are friendly,” said Bernard Sury, originally from Brussels and currently lives in Valencia, and is the co-founder GuruWalk . “Even if they don’t understand you, they’ll try to help you anyway.”

The United Kingdom
Ranking high for the ‘prestigious’ label, UK residents take pride in their ability to combine a strong work ethic, creativity and an openness to change to produce new innovation. “We have some of the finest universities in the world, and an entrepreneurial flair,” said London resident and author Ian Hawkins. “Don’t forget, machine code, the computer and www were all invented by Brits.” 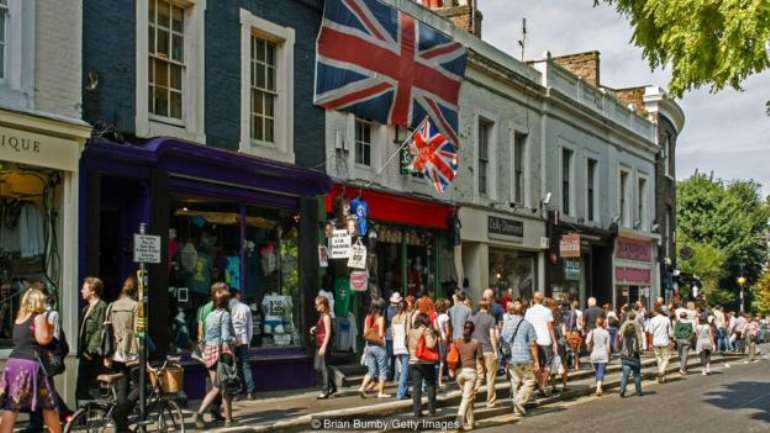 The influence and flexibility of the English language has allowed Britain to thrive as a place where people come to create a new future. “Our language is rich in its borrowings from other languages, and generous in its acceptance of people learning it,” Hawkins said. “My Venezuelan friend arrived in London 11 years ago with £700 in his pocket and no English. Today he’s a business consultant and operates more than 30 restaurants and shops. Anyone can come to Britain and be as British as British can be. If you don’t believe me, we can talk about it over curry.”

Expats should know that Brits don’t always say what they mean, so you may need to read between the lines. “It is important to look for the nuances in language and body language,” said Australian Amanda O’Brien, who blogs at The Boutique Adventurer . “‘I’m not sure’ often means ‘no’.”

“The English often mean the precise opposite of what they say,” Hawkins added. “It’s a language full of puns, double meanings and innuendos.”

As the country’s business and financial centre, London remains a top destination for working expats. Though the city suffers from a lack of affordable housing, its abundance of museums, concert venues and theatres provides just the right environment to keep residents at the cutting edge of culture.

“Samuel Johnson famously said ‘When a man is tired of London, he is tired of life’,” said current resident Gregory Golinski, originally from Paris. “I couldn’t agree more. There are so many attractions here that you can choose to visit a different place every weekend; you don’t have to do the same thing twice.” 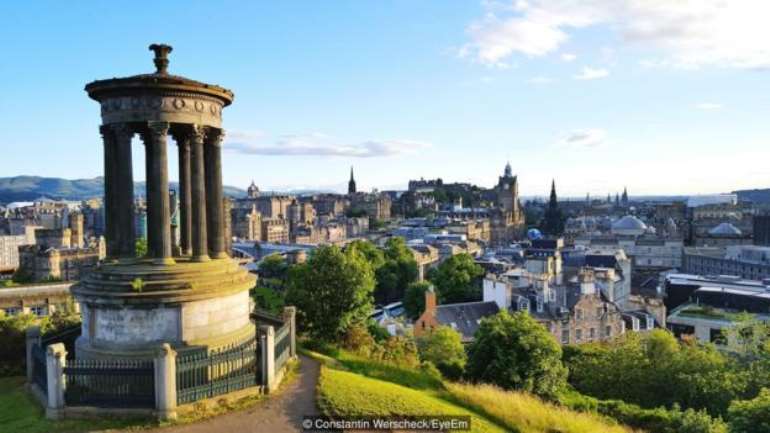 Famous for being the ‘birthplace’ of Harry Potter, Edinburgh punches above its weight in terms of cultural influence (Credit: Constantin Werscheck/EyeEm)

But the cutting edge doesn’t end in in the capital. Edinburgh punches above its weight in terms of cultural influence, hosting the Fringe Festival, the world’s largest arts festival, as well as being the ‘birthplace’ of Harry Potter. Birmingham in the heart of the country is another contender. “From clubbing to orchestras, Birmingham has a fantastic culture,” Hawkins said. “Famously, the city has more canals than Venice, and the jewellery quarter is where cutting edge fashion meets traditional skills.”